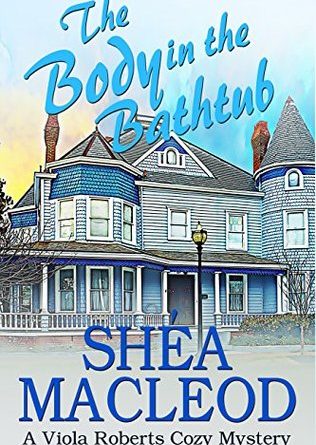 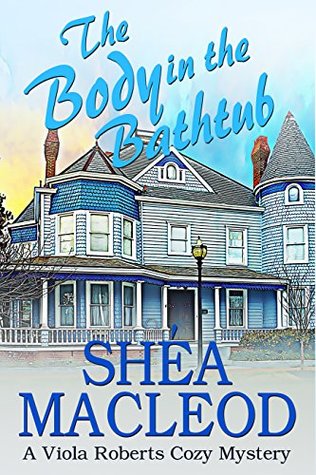 Bunco night seems like a safe bet until someone finds a dead body in the bathtub. With her friends in shock and topping the local detective’s suspect list, Viola Roberts decides it’s time once again to take matters into her own hands.

With her usual snark and disregard for the rules, Viola investigates everything from a cupcake eating contest to the sordid affairs of the deceased’s husband. All while fending off her mother’s matchmaking attempts. She’s pretty sure she knows whodunit, but with her bunco ladies being targeted by a killer, Viola may have to decide between being right, or ending up dead.

Title: The Body in the Bathtub

The Body in the Bathtub

Romance writer and sometimes amateur sleuth Viola Roberts is back at it again, this time she finds one of her Bunco buddies dead in the bathroom. Krys Marlow was a substitute that night for Bunco and as unpleasant as the woman was Viola had a string of people who could have been the potential suspect.
Once it was discovered that Krys was poisoned and other people from the Bunco groups begin to get targeted, Viola is determined to get to the bottom of it before she is next on the list.

This was a clean cozy mystery that you can get lost in for a few hours with the quirky and lovable and real Viola Robert.

Shéa MacLeod writes urban fantasy post-apocalyptic sci-fi paranormal romances with a twist of steampunk. Mostly because she can’t make up her mind which genre she likes best so she decided to write them all.

After six years living in an Edwardian town house in London just a stone’s throw from the local cemetery, Shéa headed back to her hometown of Portland, Oregon. She plans to live out her days eating mushroom pizza, drinking too many caramel lattes, exploring exotic locales, and avoiding spiders.

Shéa is the author of the Viola Roberts Cozy Mysteries and the bestselling Lady Rample Mysteries.

Check out my other reviews from this series