Ian Troy is one of the Shinree, a fallen people with an inherent
addiction to magic. Scorned and reviled for the deadly side of their
spells, the Shinree are bred as slaves. Their magic is suppressed by
drugs and used only as it serves the purposes of the other races.
Descended from a long line of soldiers, Ian is conscripted into the Rellan army
and made to fight in their longstanding conflict against the ruthless
Langorian invaders. The downfall of Rella imminent, Ian goes against
orders and turns to the Crown of Stones, an ancient Shinree relic of
untold power. Ignorant of its true purpose, Ian uses the crown to end
the war, and pays a terrible price.
A decade later, still tortured by the aftermath of that day, Ian lives
as a bounty hunter in self-imposed exile. Having renounced his
magical heritage, he curbs his obsession with a steady stream of wine
and regret. He struggles to put it all behind him, until a fateful
encounter with a pretty assassin brings Ian’s past crashing into
the present.
Targeted by a rogue Shinree, and a ruthless old enemy, Ian is forced to use
magic again. His deadly addiction is rekindled and his life of
isolation is brought to a swift end. With the land he gave up
everything to protect once more in jeopardy, and his people’s
future at stake, Ian becomes embroiled in a violent race for control
of the Crown of Stones. To save the realms and those he cares for,
Ian must embrace the thing he fears most: his own power.
Goodreads * Amazon

Magic-Scars
The Crown of Stones Book 2

Magic doesn’t wound the same as a sword.
The story of Ian Troy continues in Magic-Scars, the second installment in
C. L. Schneider’s riveting epic fantasy trilogy, The Crown of Stones.
Captured by his old enemy, King Draken of Langor, Shinree magic user Ian Troy
was sentenced to prison. Tortured and drugged, robbed of his will,
his memories, and his magic, Ian was made to do unspeakable things.
Rescued, as his body slowly rids itself of the drug, Ian realizes he
has returned to an unfamiliar world gripped with fear. In the wake of
his fall, those he cared for were left to their own grim fates.
Draken has seized control of the realms and named himself High King.
His brutal rein has sparked a desperate rebellion that Ian now finds
himself a part of. His one task: recover and repair the Crown of
Stones, in hopes it will tip the balance in the revolution that is
brewing. In pursuit of the reason behind the artifact’s strange
loss of magic, Ian is driven to release an explosion of retribution
and power that leaves him irrevocably scarred.
Struggling to reconcile the man he has become with the man he once was, Ian
strives to understand the growing number of magic-scars adorning his
body. He searches for the truth behind his link to the Crown of
Stones and uncovers shocking secrets buried for generations beneath
the sand. To become the weapon the resistance needs, he must assume
responsibility for his magical inheritance. But can he curb the
destructive appetite that comes with it?
The price of Ian’s magic and his addiction have never been higher.
Goodreads * Amazon

Magic-Borne
The Crown of Stones Book 3

No other Shinree has borne as much of magic’s weight, its pleasure, or its guilt.
The fate of Ian Troy is revealed in the final installment of C. L.
Schneider’s epic fantasy trilogy, The Crown of Stones.
In one fell swoop, the resistance was shattered. Lives were taken. Hope
was lost. Peace slipped like grains of sand through his fingers. So
did the Crown of Stones. Now, forced into hiding, Ian Troy grapples
for a way to save the realm—and free its people—from the sadistic
clutches of Jem Reth; Mirra’kelan’s new self-appointed emperor.
Plagued with the knowledge of a tragic future, he strives to
influence events and save those he cares for. But his magic has
betrayed him, and Fate has other plans.
Marked by the crown, hindered by the transformation spell contained within,
each cast brings Ian one step closer to becoming more beast than man.
Each move brings the death and destruction foretold in his vision
inexplicably nearer. With Langor on the brink of war, and King
Malaq’s plan for peace hanging in the balance, Ian returns to the
ancient past; seeking an end to the eldring spell and a means to
thwart Jem’s growing domination. What he finds there sets off a
chain of revelations that leads Ian places he never thought to go.
Entrusted with the future of his race, Ian becomes the linchpin for lasting
change. But how much weight can one man carry? And how much is he
willing to sacrifice in the name of peace?
Goodreads * Amazon

Born in a small Kansas town on the Missouri river, C.L. Schneider grew up
in a house of avid readers and overflowing bookshelves. Her first
full-length novel took shape while she was still in high school, on a
typewriter in her parent’s living room. While her main focus is adult
epic and urban fantasy, she also pens the occasional science fiction
or post-apocalyptic story.
Though she has been writing all of her life, Magic-Price (the first
installment in The Crown of Stones Trilogy) was Schneider’s first
published novel. With the trilogy complete, she is excited to be
embarking on a new path with her urban fantasy series, Nite Fire.
Learn more about C.L. Schneider and her work at clschneiderauthor.com,
where you can read reviews, excerpts, sneak peeks and teasers,
subscribe to her newsletter, and join her Street Team. Look for book
reviews and guest posts, and follow her journey as an indie author,
on her blog, “Heading Down The Yellow Brick Road”. An
active part of the online indie author community, you can connect
with C.L. Schneider on Twitter, Facebook, Goodreads, and Google+,
where she chats about books, zombies, coffee, and the wonderful
roller coaster of a writer’s life.
Website * Newsletter * Facebook * Twitter * Instagram * Bookbub * Amazon * Goodreads

#BlogTour A PLACE TO BELONG by Larynn Ford 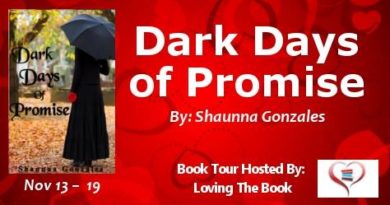