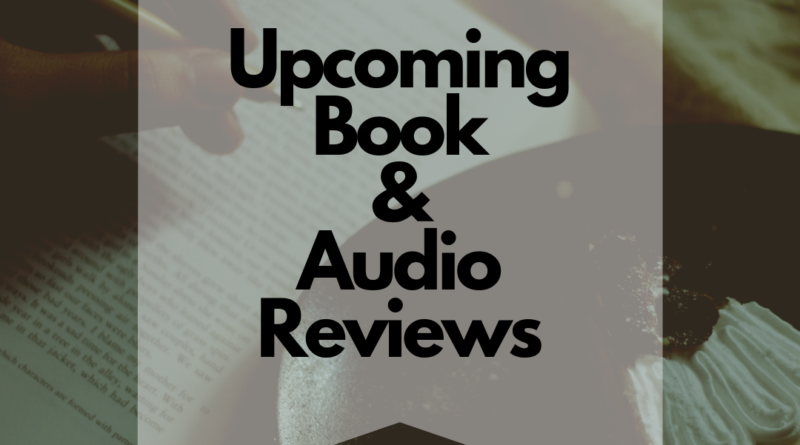 May is going to be jammed with review tours, I have quite a few audio-books this month for a change.  All the tours are towards the end of May, am I am on track with having them all read and listended to apart from 2 eARCS.

I look forward to sharing my reviews with you all this month. 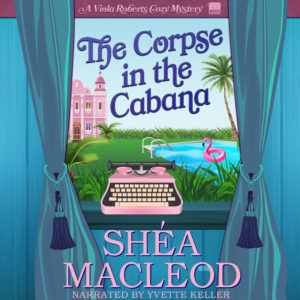 Synopsis: Sassy, snarky Viola Roberts quit her boring accountant job to pursue her dream of writing novels, even if it meant eating ramen noodles every day. Now that her career has taken off, she’s headed to a writers’ conference at an exotic Florida resort complete with white-sand beaches and swaying palm trees, where she plans to lounge in the shade drinking frosty beverages with little umbrellas. And, of course, no sojourn to tropical climes would be complete without her boozy, wise-cracking best friend, Cheryl.

When Viola discovers the diva of the author world dead (as a doornail) of unnatural causes, the police immediately consider Viola their prime suspect. But when the head detective turns a gimlet eye on Viola’s best friend, the author has had enough! Along with help from hunky fellow writer Lucas Salvatore, Viola is determined to ascertain who killed the corpse in the cabana before she or Cheryl winds up in jail. Or worse.

The Abduction of Nelly Don by Patrice Williams Marks 15th May

Senator Reed, a family friend, steps in to lead the investigation. Impatient with ineffective police efforts, he is willing to go to extraordinary measures. How extraordinary? How about enlisting the help of two of Kansas City’s most notorious crime bosses. This deal with two devils may very well be Reed’s downfall. But more importantly, will the involvement of hardened gangsters lead to Nell Donnelly’s freedom or her demise? 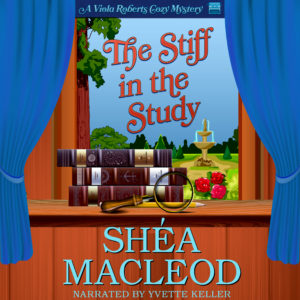 Synopsis: Viola Roberts is at it again! The sleepy seaside town of Astoria, Oregon is the last place you’d expect to find a dead body. That is until the director of the local museum turns up dead in the study and Viola’s friend, Portia, is accused of the crime. Viola ignores her looming deadline and bout of writer’s block and sets out with her best friend, Cheryl, to solve the murder. From starting riots at local dive bars to breaking into crime scenes, Viola will stop at nothing to prove Portia innocent even if it means putting herself in the cross-hairs of the killer

The Haunting of Hillwood Farm by Kathryn Knight 24th May

Synopsis: After tragedy strikes, Callie Sinclair is left with a gift she never wanted – the ability to communicate with ghosts. But when a desperate widow begs for her help, she reluctantly agrees to investigate the strange occurrences at Hillwood Farm. She quickly realizes she’s dealing with a dangerous presence beyond anything she’s ever experienced, and something else becomes equally clear – the only other living person in the house, Mrs. Turner’s handsome grandson, thinks she’s a scam artist. While she’d prefer to just ignore him, her heart beats a little faster every time he’s nearby.

Luke Turner doesn’t believe in spirits. He’s moved back to restore the family farm, but living on the property serves a dual purpose – he can watch out for his grandmother. He’s not happy about the sudden appearance of a self-described psychic, or his inexplicable attraction to her. His initial suspicions crumble as evidence points to an actual haunting, but he’s still determined not to fall for Callie – the past has taught him it’s best to avoid relationships.

As Callie is drawn deeper into the mystery, she becomes the target of a vengeful spirit, and Luke can no longer fight his feelings for her. Unable to resist their desire, passion ignites…even as the paranormal activity escalates to a final deadly confrontation. 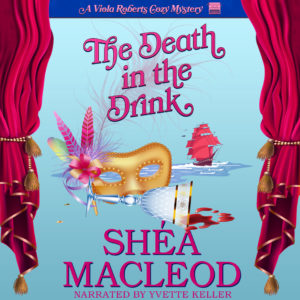 When the guild’s nastiest member winds up dead in the drink, Viola is convinced it’s no accident. And after the husband of the deceased gets into a brawl on the front lawn of the town’s most well-known landmark, she knows something’s up. Armed with nothing more than a folding fan and her wits, she sets out to unveil the killer before somebody else winds up in Davy Jones’ locker. 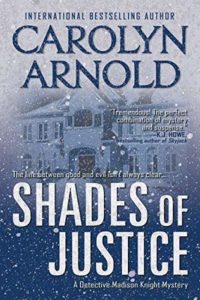 Shades of Justice 16th May

Synopsis: Detective Madison Knight has risked her badge—and her life—in the pursuit of justice before, and she just might need to do so again. Two victims are found murdered and naked in the home of Steven Malone, who is the largest contributor to the Stiles PD. One victim is his wife. The other victim is a John Doe. This high-profile double homicide immediately pits Madison against her sergeant, who seems more intent on protecting the Malones’ reputation and retaining a benefactor than catching a killer.
Madison will need to pull on her tenacity and courage if she’s going to follow the evidence without prejudice. In the process, it becomes clear that finding justice isn’t always black and white, and often the shades in between tell the fullest story—and it’s not something she will forget anytime soon. 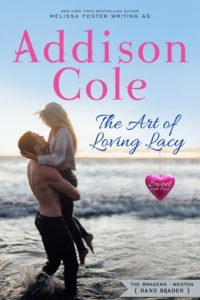 The Art of Loving Lacy 17th May

Synopsis: Lacy Snow wasn’t looking for love when she met strikingly handsome and seductive Dane Braden. But how could she ignore the six-foot-three darkly handsome god who tagged and researched sharks for a living—and made every nerve in her body tangle into an overly sensitive knot? Even her fear of sharks could not suppress their intense attraction.

As founder of the Brave Foundation, Dane Braden travels from port to port, educating and advocating on behalf of the mammals he adores—and spends his nights finding solace in the arms of strangers. The last thing Dane was looking for when he met Lacy Snow was a relationship, and the last thing he expected was to fall in love.

More than a year—and hundreds of flirty texts, steamy phone calls, and sensual video chats—later, they reunite and take passion to a whole new level. But as Lacy’s phobia meets Dane’s past love life, their steamy romance is upended, and when tragedy strikes, Dane and Lacy are forced to face their deepest fears head-on as they try to navigate their own sea of love. 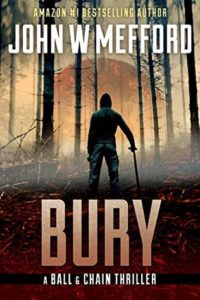 Synopsis: Air pumps into the dark night sky.
The blade of the shovel digs deeper and deeper.
And the cries from below are slowly devoured by the howl of a coyote.

Willow Ball and Cooper Chain are tied at the hip — on some days that’s a fantasy, other days a curse.
But there’s one thing they agree on: if they hope to outsmart a ruthless crime boss, luck will have to fall their way.
But that’s only part of their perilous imbroglio. Life slips off the rails in a hurry . . . and the implications could be deadly.
A shallow grave is uncovered… and it’s the unthinkable. With little evidence, authorities have no suspects. But could this be connected to a similar incident more than two decades earlier?
When another girl goes missing, their world stops down. How is Cooper’s daughter caught up in the web?
Every path seems blocked, because every person wants something buried. Does that include what Willow and Cooper feel for each other?
Cops are gunned down, friends are framed and murdered — how can Willow and Cooper make sense of it all to finally end the mayhem?
But when one more person goes missing, it shreds Cooper’s heart. 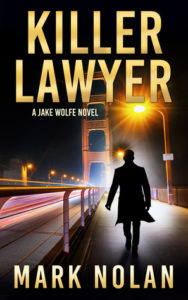 Synopsis: Jake Wolfe is a young lawyer who leads a secret life as a government assassin. Trained by the CIA, Jake now wants a new life of peace and quiet, living on a boat and practicing law. But when his city is shocked by a serial killer and he’s framed for the murder of a friend, Jake must race against time to find the killer before he strikes again.

Drawn into a deadly game of cat and mouse; at every step Jake and his loved ones are being hunted by the clever, twisted madman. As the city is gripped in fear of the seemingly random shootings that could strike anybody, Jake investigates and uncovers ominous clues until a shocking reversal of fortune changes everything.

With the clock ticking and lives at stake, will Jake be able to find and stop the killer in time, or will he become the next victim?

Buckle up for a wild ride as Jake Wolfe and his exceptionally intelligent dog, Cody, return to action in this page-turning thriller in Mark Nolan’s bestselling series that has earned thousands of 5-star ratings on Amazon and Goodreads.

What are you hoping to review this month?

[Blog Tour] The Forgotten Ones by Steena Holmes