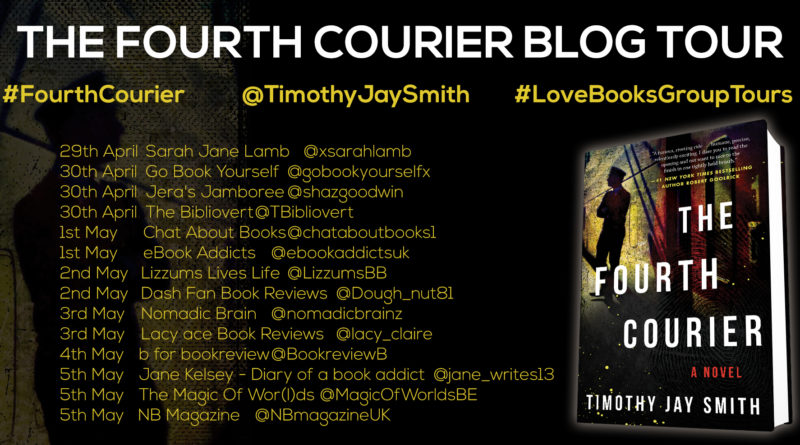 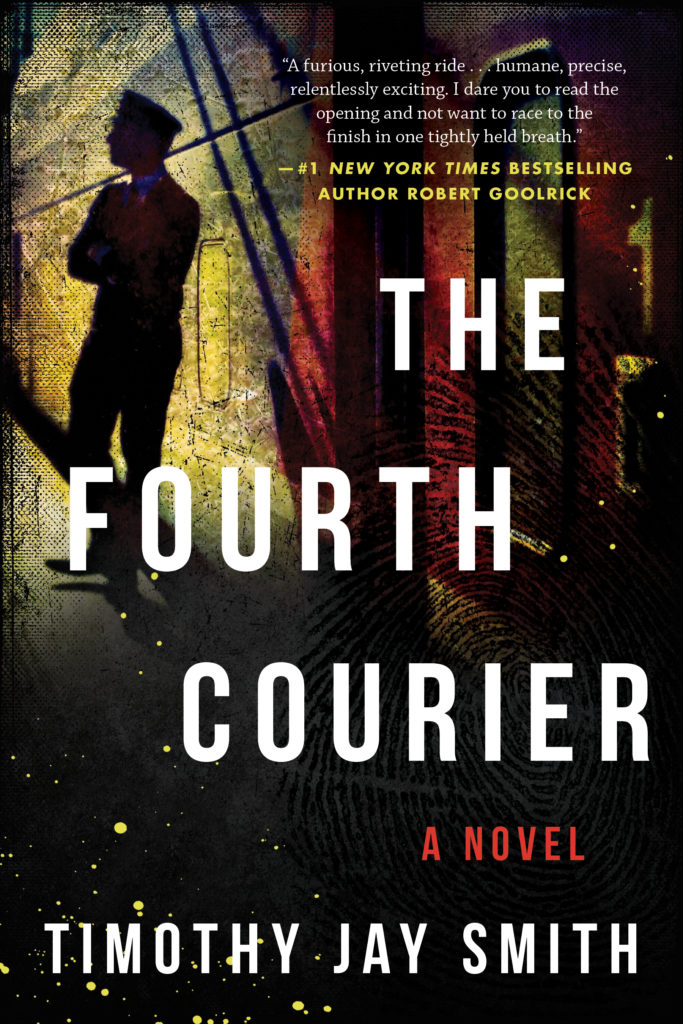 It is 1992 in Warsaw, Poland, and the communist era has just ended. A series of grisly murders suddenly becomes an international case when it’s feared that the victims may have been couriers smuggling nuclear material out of the defunct Soviet Union. The FBI sends an agent to help with the investigation. When he learns that a Russian physicist who designed a portable atomic bomb has disappeared, the race is on to find him—and the bomb—before it ends up in the wrong hands.

Smith’s depiction of post-cold war Poland is gloomily atmospheric and murky in a world where nothing is quite as it seems. Suspenseful, thrilling, and smart, The Fourth Courier brings together a straight white FBI agent and gay black CIA officer as they team up to uncover a gruesome plot involving murder, radioactive contraband, narcissistic government leaders, and unconscionable greed.

A seagull fished the gunmetal river.

Jay Porter paid his taxi driver and ducked under a string of red-and-white incident tape to approach the sprawl of police cars. Their swirling blue lights bounced off the low gray sky. Basia Husarska got out of her own car—bright red and sporty—and tossed aside a cigarette. She looked like a bruise on the ice in her leather boots and black everything else. “Dzien dobre, Agent Porter,” she said.

“Detective Kulski waits for you before moving the body.”

He followed her down the riverbank.

Two bridges spanned the Vistula’s sludgy water. Even at that early hour, their steel girders boomed thunderously from vehicles speeding overhead. It had snowed during the night, then rained, leaving an invisible crust. Głodedź. Was that the name for the thin ice that coated everything? The first word his tutor had taught him in a language short on vowels. With his feet crunching through it, Jay asked, “Is this głodedź?”

“Gołoledź,” the Director replied, by her tone correcting everything: his spelling, his accent, the presumption he could speak a word of Polish. “We have gołoledź only in winter. Now it is spring.” Her voice, rough from smoking, made everything she said sound even more foreign.

Detective Kulski, standing next to a body on the riverbank, was finishing up with his police team. He switched to English at Jay’s approach. “Remind the hospital not to accidentally burn his clothes this time,” he instructed them. The detective took Jay’s hand, pumped once and let go. “I’m glad you were in your room.”

“I am too,” Jay answered, wishing he were still were in a warm hotel bed instead of bending over a body on the icy riverbank. He studied the dead man’s face, not really seeing him but only the evidence of him: a slackened chin, blood smeared on his ears, lips blued by cold death. He hadn’t shaved for four or five days, maybe a week. “Is he the fourth courier?” 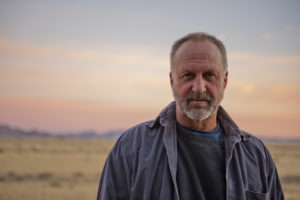 Raised crisscrossing America pulling a small green trailer behind the family car, Timothy Jay Smith developed a ceaseless wanderlust that has taken him around the world many times. Polish cops and Greek fishermen, mercenaries and arms dealers, child prostitutes and wannabe terrorists, Indian Chiefs and Indian tailors: he hung with them all in an unparalleled international career that saw him smuggle banned plays from behind the Iron Curtain, maneuver through Occupied Territories, represent the U.S. at the highest levels of foreign governments, and stowaway aboard a “devil’s barge” for a three-days crossing from Cape Verde that landed him in an African jail.

These experiences explain the unique breadth and sensibility of Tim’s work, for which he’s won top honors. Fire on the Island won the Gold Medal in the 2017 Faulkner-Wisdom Competition for the Novel. He won the Paris Prize for Fiction (now the Paris Literary Prize) for his novel, A Vision of Angels. Kirkus Reviews called Cooper’s Promise “literary dynamite” and selected it as one of the Best Books of 2012. Tim was nominated for the 2018 Pushcart Prize. His screenplays have won numerous competitions. His first stage play, How High the Moon, won the prestigious Stanley Drama Award. He is the founder of the Smith Prize for Political Theater.

About Arcade Publishing:
Arcade has been an imprint of Skyhorse Publishing since 2010. We continue doing incredible work discovering, publishing, and promoting new and brilliant voices in literature from around the world. Arcade has published literary giants such as Samuel Beckett, E. M. Cioran, and Leo Tolstoy, alongside new voices such as Ismail Kadar and Andrei Makine. In 2012, Mo Yan won the Nobel Prize for Literature, an exciting achievement for Arcade which had published five of his novels. 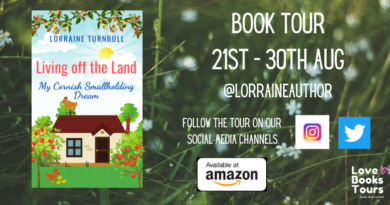 #Review Living Off The Land by Lorraine Turnbull