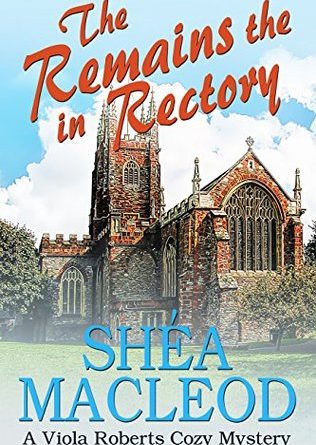 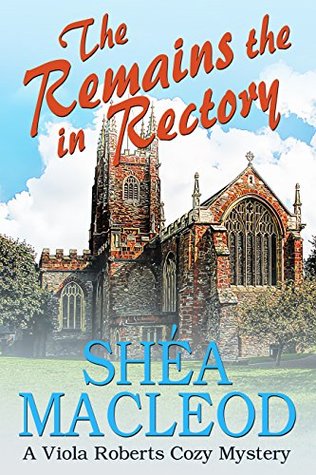 Viola is at it again!

While touring the Cotswolds of England, Viola Roberts and her boyfriend, Lucas Salvatore, get stranded by a downpour of epic proportions. The quaint village of Chipping Poggs has only one inn, and just their luck, it’s a haunted mansion. Viola tries to make the best of her rainy vacation by “ghost hunting” and poking her nose where it doesn’t belong. Until she pokes it right into the middle of a murder.

With the village cut off by flooding from the violent storm, Viola naturally starts sleuthing. But when a second guest is found dead, and then a third body shows up, Viola’s own ghosts might be telling her it’s time to turn in her gumshoes.

Title: The Remains in the Rectory

Viola and Lucas are in the beautiful English Countryside, and after their car runs of petrol and they become stranded in a little village, with a storm coming their way, they have no choice but to stay at the local inn and wait until the storm and the flood settle. It should make for a nice break for both of them, but this is Viola Roberts we are talking about. Where she goes, dead bodies turn up and this book was no exception to the rule. But Viola not only has to contend with one body but three!!

One of the bodies has been dead a long time, and when Viola discovers that connection to one of the new bodies she does everything she can to connect the dots between all three. This was a good little cozy mystery and I really enjoyed the setting this time in the UK. A great addition to the series – I loved it!

Shéa MacLeod writes urban fantasy post-apocalyptic sci-fi paranormal romances with a twist of steampunk. Mostly because she can’t make up her mind which genre she likes best so she decided to write them all.

After six years living in an Edwardian town house in London just a stone’s throw from the local cemetery, Shéa headed back to her hometown of Portland, Oregon. She plans to live out her days eating mushroom pizza, drinking too many caramel lattes, exploring exotic locales, and avoiding spiders.

Shéa is the author of the Viola Roberts Cozy Mysteries and the bestselling Lady Rample Mysteries.

Check out my other reviews from this series

#blogtour TWO TRUTHS AND A GUY 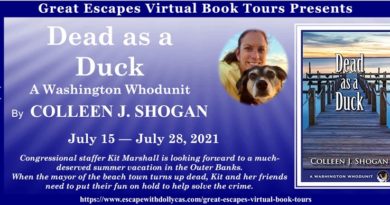