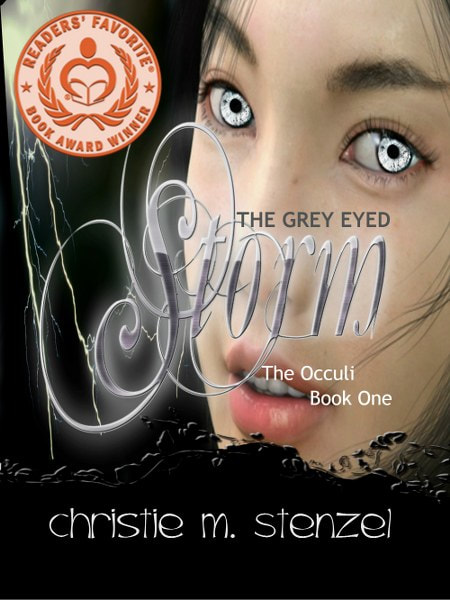 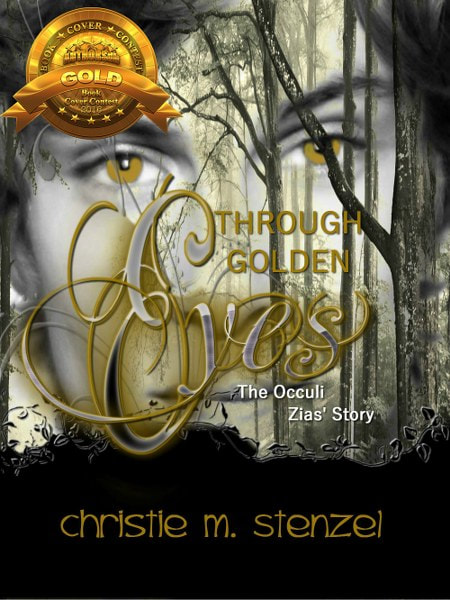 Through Golden Eyes
The Occuli, Book 2

GOLD MEDAL WINNER – 2016 AUTHORSdb.com Book Cover Contest!
“FIVE STARS!” by Ellie and AJSW
“LOVED THE JOURNAL FORMAT! RECOMMEND THIS SERIES!”
by DJS
The first short story in the Occuli series is here!
A Golden-Eyed, or “Aureus”, has one sole purpose in life: to
protect. Raised from children to be bodyguards, these Occuli are both
the fastest and strongest and are commonly used as fierce
weapons.
Frequently they are not what they seem however, as they can be tempted
by too much power and control over those they protect. This can lead them
down a dark and dangerous path.
This supplement to Book One of the Occuli series, gives the reader a more
intimate look at the character of Zias. In this story the reader is
taken through Zias’ personal journal, giving his perspective on the
journey so far with Remy and the other Occuli. He tells the story
through his eyes about his struggle to remember his past and break
from traditions and curses, while putting it all on the line for the
love of his life, Remy Verbetta.
Add to Goodreads
Amazon * B&N * Kobo 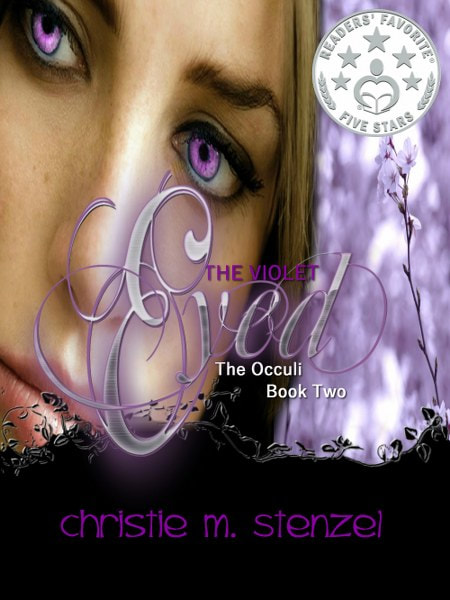 “Christie Stenzel’s incredible writing style is intoxicating, drawing the
reader into a magical world where anything and everything is
possible… I thoroughly enjoyed The Violet Eyed, and wholeheartedly
recommend it to readers aged over 15 years, who are fans of the
paranormal, mystery, drama, romance, and finding oneself through it
all…” Excerpt from the 5 STAR review from Readers’ Favorite,
March 2017
This tale of mystery, romance, intrigue and deceit, follows Remy’s sister
Violet through her tragic life.
As we delve into secrets of the past, present and future and explore
Violet’s relationships, we learn about her struggle against the
darkness as she learns who and what she truly is and that her entire
life has also been a lie.
A unique breed of Occuli, Violet’s eyes match her namesake. Being
cursed from birth, will she find the strength to defeat the darkness
within, or will she succumb to the darkness that is her nature?
Add to Goodreads
Amazon * B&N * Kobo 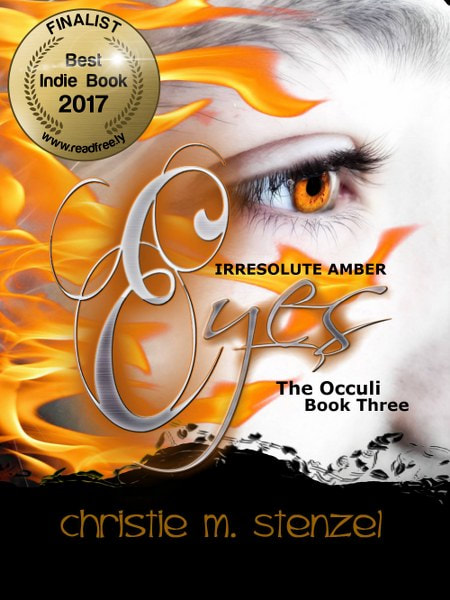 ***Voted one of the “50 BEST INDIE BOOKS of 2017” by
Readfree.ly!!!
***BRONZE MEDAL WINNER – 2017 AUTHORSdb.com
Book Cover Contest!
Book Three of the Occuli Series picks up where Book One left off!
Remy and the other Occuli have just discovered that they were able to go
back in time and are trying to determine exactly what the
consequences of those actions are.
As the book progresses, it becomes apparent that a Golden-Eyed has now
“turned Amber” and the Occuli family and friends must come
to terms with what this means and what the end result will be….
Add to Goodreads
Amazon * B&N 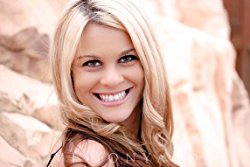 Writing and reading are my passions! My dream to be a writer began, when as a
five year old child I would ask my mother to write down the stories I
would make up about talking dogs.
Since growing up and becoming further educated with a Bachelor’s Degree in
English (I have an affinity for classic literature), a Master’s
Degree in Leadership, and a degree in Ultrasound, I have begun to
pursue that dream in hopes of one day making it my career. I have
many interests and ideas so my ultimate goal is to release works of
fiction in multiple genres. Fantasy will always be my first love
however, as I have always had an intense imagination that threatens
to inundate me if not expelled onto paper.
I currently have six published books: an ongoing fantasy series with
four installments so far (and a fifth one coming soon!), a fantasy
short story, and a suspense/thriller short story. Several of my books
have won awards, but the first book in my fantasy series, The Grey
Eyed Storm: The Occuli, Book One, has now won 7 wonderful awards
which is very exciting!
Aside from writing, I enjoy physical activities like running and yoga. I am
blessed to have an amazing family, close friends and two beloved
canine companions.
Website * Facebook * Twitter * Amazon * Goodreads 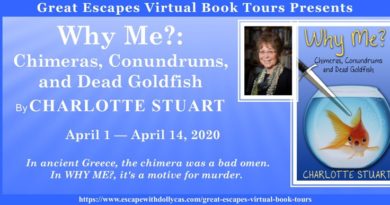 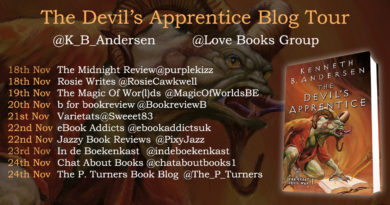