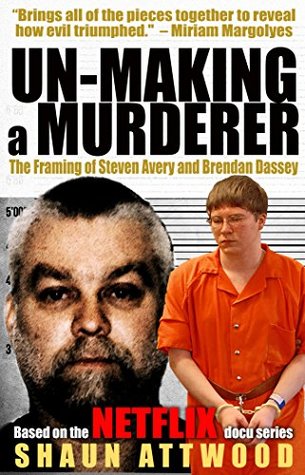 Innocent people do go to jail. Sometimes mistakes are made. But even more terrifying is when the authorities conspire to frame them. That's what happened to Steven Avery and Brendan Dassey, who were convicted of murder and are serving life sentences.

Un-Making a Murderer is an explosive book which uncovers the illegal, devious and covert tactics used by Wisconsin officials, including:

The art of framing innocent people has been in practice for centuries and will continue until the perpetrators are held accountable; turning conventional assumptions and beliefs in the justice system upside down, Un-Making a Murderer takes you on that journey.

The profits from this book are going to Steven and Brendan and to donate free books to schools and prisons. In the last two years, Shaun Attwood has donated 15,000 books. 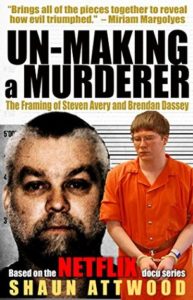 I was hooked on the Nextflix series this book is referring too, and whilst I do believe Avery and Dassey have been framed, this book didn’t offer me anything new. This was basically a retelling of the whole series and the authors own biased one-sided views on law enforcement etc.

It fell flat for me, I wasn’t sure what to expect from this book but it certainly wasn’t a blow by blow rehash account of the series.

About the Author:
In prison, I read over 1000 books in just under six years, including many literary classics. Books were the lifeblood of my rehabilitation.

As told on National Geographic Channel’s Locked-Up/Banged-Up Abroad episode “Raving Arizona,” I used a tiny pencil sharpened on a cell door to write the first prison blog, Jon’s Jail Journal. My writing, smuggled out of the jail with the highest rate of death in America, run by Sheriff Joe Arpaio, turned the international media spotlight on the human rights violations, including guards murdering mentally ill inmates, dead rats in the food, lack of medical care…

Raised in a small chemical-manufacturing town in northern England, I was the first from my family to go to university. As a penniless graduate, I took my business degree to Phoenix, and worked my way up to become a stock-market millionaire.

But I also led a double life. An early fan of the Manchester rave scene, I headed an organisation that threw raves and distributed Ecstasy. On May 16th 2002, a SWAT team knocked my door down.

Facing a life sentence, I entered a lengthy legal battle. After two years of being held unsentenced, I was convicted of drug offences. Sentenced to 9½ years, I served almost 6.

I had only read finance books prior to my arrest. While incarcerated, I submerged myself in literature. By studying original texts in psychology and philosophy, I sought to better understand myself and my past behaviour.

Released in December 2007, I continue to campaign against Sheriff Joe Arpaio. I keep my blog, Jon’s Jail Journal, going by posting stories mailed to me by my prison friends.

In July 2008, I won a Koestler award for a short story, which I read to an audience at the Royal Festival Hall.

I presently live near London, and talk to schools across the UK about my jail experience and the consequences of getting involved in drugs and crime.

I was provided with a copy from Reading Deals and have given my honest opinion. 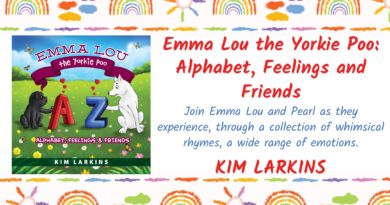