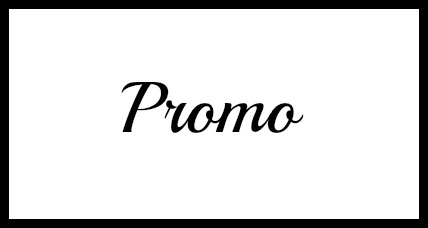 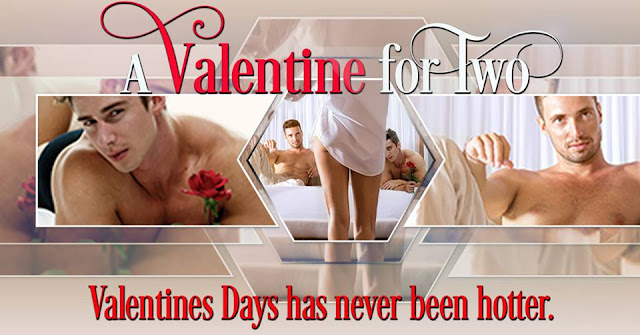 A Valentine for Two

A collection of 10 RED HOT ménages 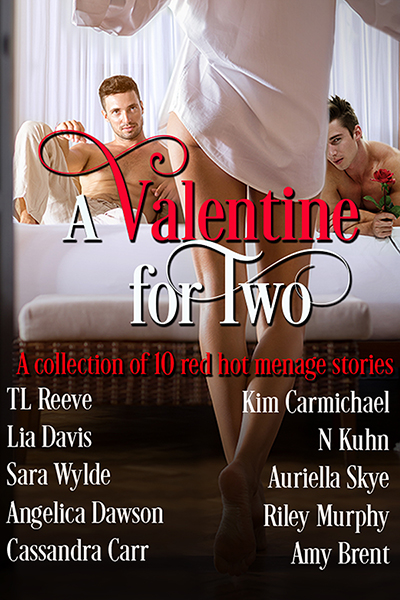 A look at what’s inside:

Red Hot Pleasures by Lia Davis – Both men are prefect, sexy, and have captured her heart. Things heat up when they reveal they want a ménage a trois. But could one night of passion turn into a lifetime of pleasure?

Old Flame Burns Again by Angelica Dawson – Valentine’s Day just got a lot more interesting. At dinner with his wife, her former roommate, Lisa, joins them. Rekindling their lesbian relationship, the women include a new male member.

Love for Her Billionaires by Auriella Skye – Sandy has a problem. Two of them. She’s fallen for her bosses. Jacob and Jonathan are rich, sexy, and smart. An irresistible trifecta.  This alpha duo is ready to show Sandy the nights of passion that await her, but can she get them to love her for a lifetime?

Poor White Trash by Sara Wylde – One from the gutter, one from the clouds, the other from a tower in between. Three lost puzzle pieces that didn’t fit on their own might just find the beauty in the bigger picture together.

A Valentine’s Deal by TL Reeve – An interview will only take an hour, but what Sullivan and Carter offer Sierra can last a lifetime.

Two on One Breakaway by Cassandra Carr – Haley has never been in a menage relationship before, but these two men make a great case for trying it. Both dote on her, support her, and keep her topmost in their priorities. Never before has Haley experienced this kind of love, and she’s becoming addicted. But will this Valentine’s Day be a happy one, or will all three lose their chance at a happy-ever-after?

Her Valentine Surprise by N Kuhn – When Carissa can’t decide between the two men in her life, they come up with a surprise that gives Valentine’s Day a whole new meaning…

Heart Of Glass by Riley Murphy – After an angry woman pelts their office building with stones, two strong-willed men devise a challenge. The goal? To turn the gorgeous interloper into a very close friend. Normally, this would be cakewalk, but too late they discover their feminine quarry it the key to solving their much-needed corporate dilemma.

Three is a Charm by Amy Brent – Two HOT Billionaires, One Curvy Girl – Eve needs to start over in her new job and these two brothers are just the challenge she needs.

Triad by Kim Carmichael – When a sexy alien crash lands on their planet, a couple in search of their third never dreamed this warrior might be the one they both need.  Now the three must fight for their Triad.

A BITE OF FROST featuring CYAN by Lashanta Charles