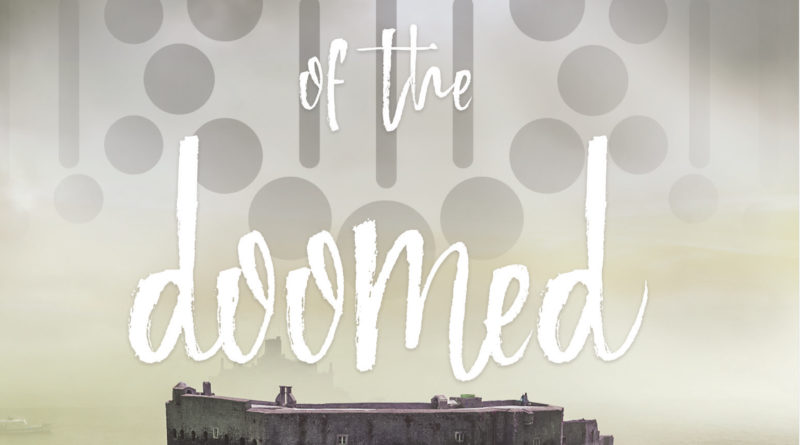 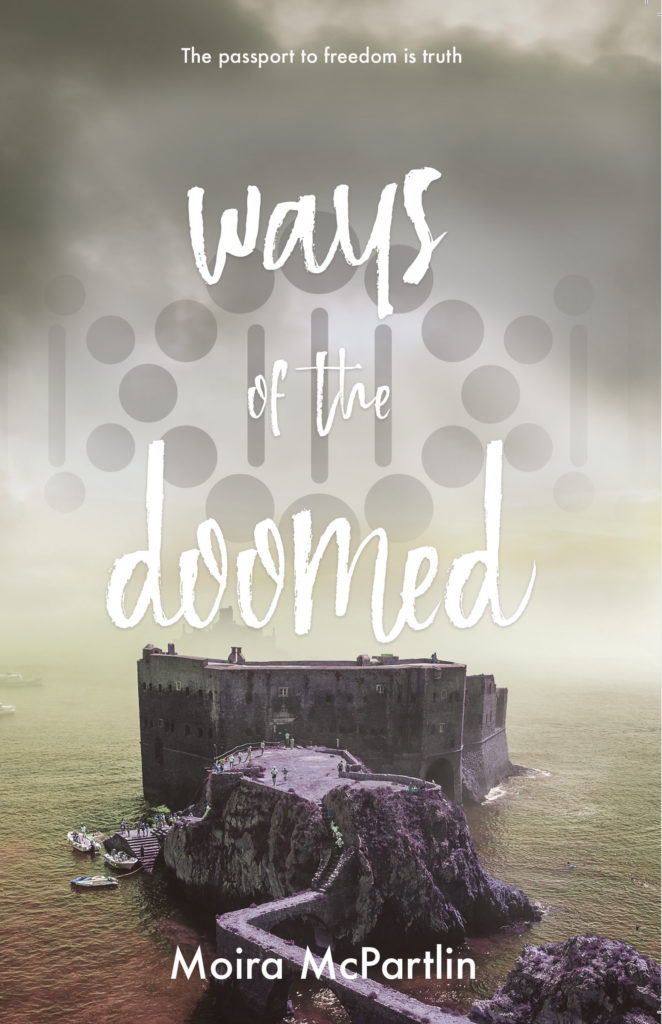 Ways of the Doomed
Book 1 – The Sun Song Trilogy
by Moira McPartlin
Teen, YA, Sci-Fi, Fantasy

Book 1 of The Sun Song Trilogy.

It’s the year 2089 and everything is altered. The revolutions of the early 21st century have created a world divided – between the Privileged few and the Native (Celtic) underclass. Sorlie is enjoying a typical carefree Privileged teenage life until it is smashed apart by the cruel death of his parents and he is spirited away to live with his ice-cold grandfather at a mysterious island penal colony. Sorlie’s discovery that the captives are being genetically altered to remove all trace of their Native origins triggers a chain of shocking events that reveal his grandfather’s terrible secrets and, ultimately, the truth about himself.

Ways of the Doomed – location

I live in Scotland, but I’ve travelled all over the world and have yet to see anywhere as beautiful, rugged or wild as my homeland. I climb Scottish mountains, tramp over rugged moors to visit isolated bothies and hop on ferries to visit Scotland’s Islands. Every part of this small nation is different and unique. It seemed only natural that when I came to write Ways of the Doomed, the story of sixteen year old, Sorlie Mayben, whose life is turned around by the death of his mother and his incarceration with his grandfather in a prison island, that I should choose Scotland as a location.

It was when I was on a trip to the Outer Hebridean Island of North Uist that I decided on the location of Ways of the Doomed.  On a clear day if you stand on the beach and peer out to sea, you can just about make out the misty outline of  St Kilda, a group of Islands situated forty miles west of North Uist in the Atlantic Ocean. People lived there once but their lifestyle was unsustainable, their natural resources were depleted. I could see parallels with the world I was creating in Ways of the Doomed but it was the isolation that attracted me to this location. Its remoteness was perfect for the sense of separation I wanted to create. There was only one problem, I had never visited St Kilda. But I have walked to many isolated communities on more accessible islands such as Mull and Skye. These communities wiped out during the Highland Clearances of the 18th and 19th century where people were thrown out of their homes and cleared from the land to make way for sheep. The word ‘ruin’ is the most commonly used English word in all of Scotland’s Ordnance Survey maps and by reinventing these ruined landscapes I was able to build an island for Sorlie to inhabit when he does eventually get out of his prison cell. In my head I was able to recreate the feeling of walking these rugged paths.

I used to visit the remote peninsula of Applecross. To reach Applecross it is necessary to drive a tiny precipitous single track road over the Bealach na Ba (the pass of the cattle). At the top of the road many people stop to catch their nerve and look towards the magnificent view of Skye. The carpark is strewn with cairns (piles of stones) built by travellers. It feels special so I wanted to include that scene. This is where, right at the beginning of the book, Sorlie and his father stop to talk about freedom.

There is one other thing to mention with regard to Black Rock Penitentiary. I once ran a couple of creative writing classes in a Young Offenders Institution. I was only ever behind bars for a couple of hours at a time but it was enough time for me to experience the smell and taste of the institution and to allow me to portray the feeling of claustrophobia Sorlie feels when entering the prison for the first time.

Moira McPartlin is a Scot with Irish roots. Although born in the Scottish Borders, she was brought up in a Fife mining village. She has led an interesting life as a mother and successful business woman. Moira made a big impact with her debut novel The Incomers, which tells the tale of a West African woman moving to a small town in 1960s Scotland. It was shortlisted for the Saltire Society First Book of the Year Award and was a critical success. Moira is also a prolific writer of short stories and poetry, which have been published in a wide variety of literary magazines. She currently lives in Stirling, Scotland.