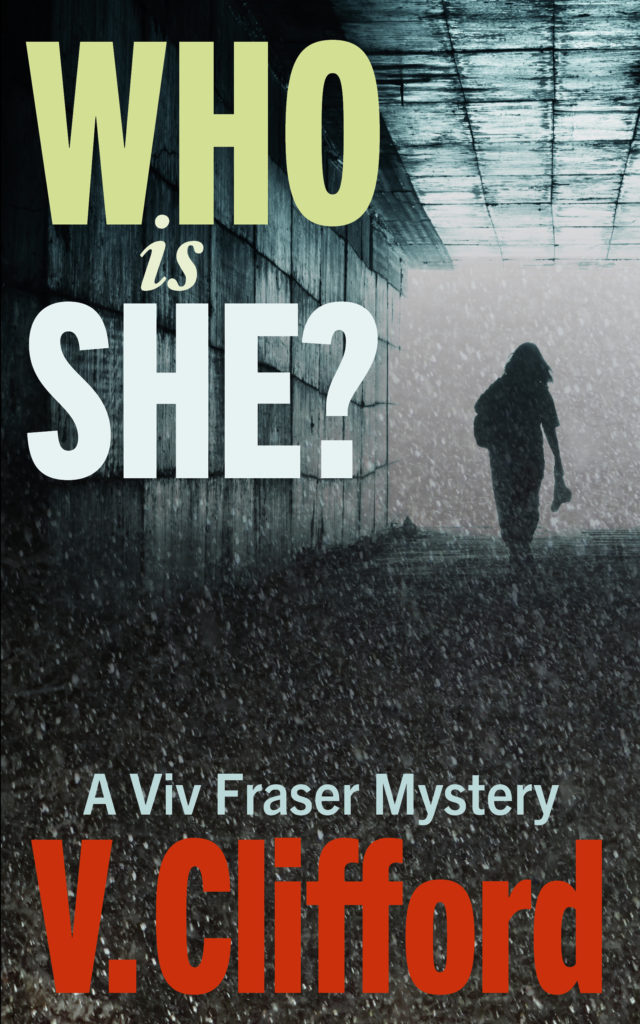 Who is She? No one knows that the past is a strange country more than Scottish sleuth Viv Fraser. In this, the fifth Mystery, Viv is compelled to investigate a series of misadventures that are too close to home. Unravelling a veil of deception she discovers just how much of her past is in the present. No stranger to a challenge, she risks more than her pride hunting down the people who have threatened her family. Mac is on hand to help but will she let him?

​The flat was hot and stuffy. Her mum belonged to that post-war generation who really did believe that cleanliness was next to godliness and that fresh air was the cure for everything, but today the cocktail of chemicals in the guise of violets and spring flowers had nowhere to escape to. Viv glanced around at the windows, all secured. Very unlike her mum. Fair enough. Edinburgh was known for its formidable east wind and today it was on the wrong side of biting, but still, the flat could do with a serious airing.

‘Mum. Did you hear me? I think he’s probably the same guy and you’ve just forgotten.’

Her mum sat in her usual chair picking at the edges of her nails. ‘No. I have not forgotten. The man that usually cleans the windows is bald and this one had a full head of hair. So unless I’m losing my marbles it was a different man.’

Viv, who uncharitably thought the latter was entirely possible, said, ‘Okay. What do you want me to do?’

Her mum paused and screwed up her eyes as if dredging her memory. She shook her head and blew out a breath. ‘No. It won’t come. But just you watch your back.’

Viv’s eyebrows reached for her hairline. ‘Right. I’ll get away now. I’m sure Mand will be here later with James.’

Her mum’s face transformed from exasperation to adoration in a single motion. Viv marvelled at how many muscles it took to do that and how lovely her mum looked when she was happy. She rubbed her mum’s arm and went to the door, stopped and glanced back.

‘D’you want me to put the TV on or open a window?’ As if the two were connected.

Her mum shook her head, and said, ‘I’m perfectly capable . . . You just mind your back.’

Ah, not so out of sorts as to forget the customary dig. Amanda, Viv’s sister, was the golden girl, the regular visitor. And now with James she was more popular than ever. Viv buttoned up her jacket and wrapped her scarf round her neck as she approached her car. She stopped abruptly and hissed through gritted teeth at the sight of a white illegal-to-park-here sticker plastered over the driver’s section of the windscreen. ‘Shit! Shit! Shit!’ It wasn’t the first time the warden of her mum’s sheltered accommodation had been overzealous. She knew Viv’s car, but when she was idle, which she seemed to be too often, she took pleasure in making life difficult for others. Not an ideal trait for a carer. Viv started scraping it off but the adhesive was solid and it took a few swipes with the screen wash before she’d cleared enough of the windscreen to see to drive.

Vicki Clifford was born in Edinburgh and until recently taught Religious Studies at the University of Stirling. She has an unusual background as a freelance hairdresser with a Ph.D on psychoanalysis from the University of Edinburgh. She had her first book, Freud’s Converts, published in 2007. She lives in Perthshire, Scotland. When she isn’t writing she’s cutting hair, walking her dogs or making unorthodox tray bakes. She is currently working on book 5. 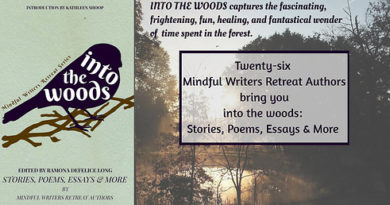 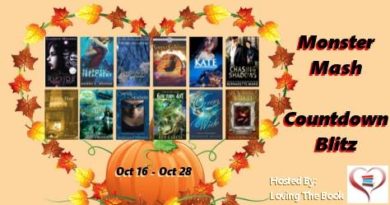