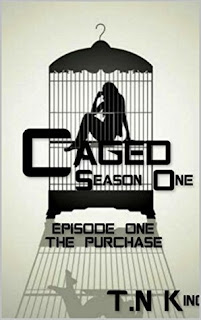 Zachary Russells is one of the hottest, sexiest male
celebrities of all time, and he is only twenty-one. In an alternate world where
humans are property, Zachary finds himself wanting a companion, and a human pet
seems the perfect choice. Much to his surprise, the day Zachary walked into a
pet shop to buy his new human pet, he didn’t expect rebellion and independence
coming from his purchase. In a hot, steamy, sexy, story where dominance is
favored in public, submission is a given, and punishment is handed out, can his
new pet, Megan, adapt to her new owners wants and needs?Warning: Intense bondage, aggressive sex, human trafficking.

NJ Cole shows her support for this new author by giving readers a bonus short
story. Serving Mistress Quinn is a 6,500 word one shot. Mistress Quinn has been
living the life of a vampire for centuries. When she happens upon an older
Native American, she plans to torture him, and then have him for lunch. Much to
her surprise and pleasure, she learns that he enjoys the pain and the two of
them embark on a new journey in which she finds herself having a very willing
pet.

“Oh my god. Isn’t that Zachary Russells?”
Zachary Russells walked down Canine Avenue, the most heavily populated shopping district in all of Los Angeles, with the stride and slight swagger of confidence. He knew he turned heads, even dressed in his casual designer jeans and dress shirt. Everywhere he went; women couldn’t help but open their mouths and fan their faces when they saw his chiseled profile and charming smile. People Magazine rated him as the sexiest man in the world for the past three consecutive years.
His rise to fame began at the age of twelve, when he featured in the hit blockbuster film, Reverb.The film grossed almost a billion dollars at the box office, which led to a series of seven sequels.
Zachary would flash a smile and give his fans a seductive look with his bright grey eyes as he winked. Every once in a while, he stopped to sign autographs and take a couple of photos.
But that didn’t stop his purpose as he walked through the shopping district.
Five days ago, Zachary had turned twenty-one, the legal age to own a slave. Ever since then, he had been in and out of Canine Avenue, window-shopping for his perfect pet: a human pet.
Finally, one store caught his eyes. There were rows of glass cages lined up against the window. Each one of them hosted a human male or female.
He stopped for a moment, browsing through the girls. They were naked, lying on their bellies. Each cage had two bowls and a thin blanket. The pets all had tails coming out of their bottoms. They were clearly buttplugs, used to arouse customers and persuade them to buy the store’s merchandise.
Zachary walked into the pet shop and was greeted enthusiastically by the sales clerk.
“Mr. Russells, this is a pleasure,” the clerk said while shaking the celebrity’s hand. “How may we help you today?”
Zachary read the sales clerk’s nametag. “Well, Michael. I’m looking for a female pet.”
Michael ushered Zachary into a private back room, and soon the celebrity was seated on a plush, black sofa with a glass of fine wine in his hand. He respectfully declined any finger food.
After some small talk with the clerk about more of what he was looking for, a series of girls were brought out one by one to be displayed for the young star. Blondes, brunettes, and redheads were shown to the man, but none struck Zachary’s fancy. They were all
beautiful and seemed very well trained and obedient, but Zachary wanted something unique. Los Angeles was full of beautiful girls, and all the girls presented to him showed some form of cosmetic surgery to enhance their looks. Zachary wanted something different to satisfy his taste. 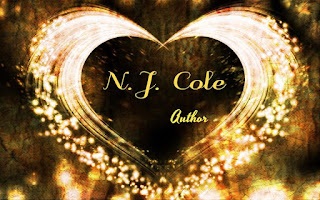 NJ Cole is a witty, mid-western girl with a kinky side. She
works by day and writes by night, all while being a mother to her wonderful
boys and serving her Sir. Unlike many of today’s authors, she chooses to write
in first person, allowing the readers to experience life through the eyes of
the unique characters that live in her head. Her love of those characters and
respect for their stories come through loud and clear in her writing. With over
two million reads of her online work in the past six months, NJ Cole is clearly
an up and coming author. 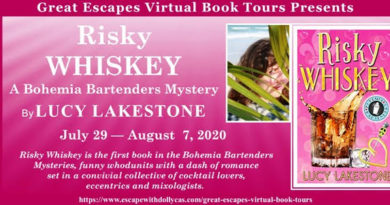 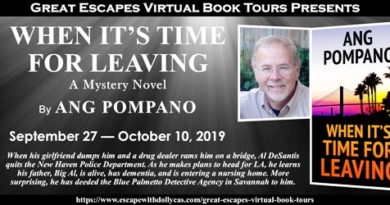