What If
Shirley Anne Edwards

Sixteen-year-old Wendy Wyman is bereft over the death of her best friend, Peter Preiss, whose body has been found at the bottom of the town lake. She blames herself because she allowed him to go back to his family’s lakeside boathouse late at night where they had just made love for the first time. She wonders what she could have done differently to stop Pete from being killed, and thinks back to the beginning of the school year when her whole life changed forever.

Wendy will stop at nothing until she finds out the person responsible for killing Peter, who was bullied by most of the students in their junior class. She is in for even more of a shock when she finds out that not only did Pete keep dark secrets from her, but a few of her close friends are hiding ones as well. This also includes Dylan Mayone, the new popular boy at school, who wants her for his own, and may have had a hand in Pete’s death.

This was a good read, though I feel at some points it was a bit too YA for me. Sometimes Wendy seemed younger than her 16 years and at other times older – I would have to remind myself what age she actually was.

Wendy and Peter are best friends, though he obviously loves her more than just friends, she seems to be oblivious to to that fact. The new boy Dylan comes into the picture, and to be honest I thought he was a jerk from the get go just and didn’t see the attraction between him and Wendy. However, she gets her first kiss from him and Peter then decides to tell her how he feels.

After the build up for arguments and teasing and her friend Pam avoiding her we see Wendy and Peter take their friendship to the next level only to then be dealt the blow of his death.

I wasnt expecting the ending with regards to who killed Peter nor did I expect to be thrown so many emotions for such a YA read. 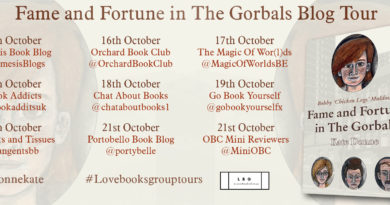