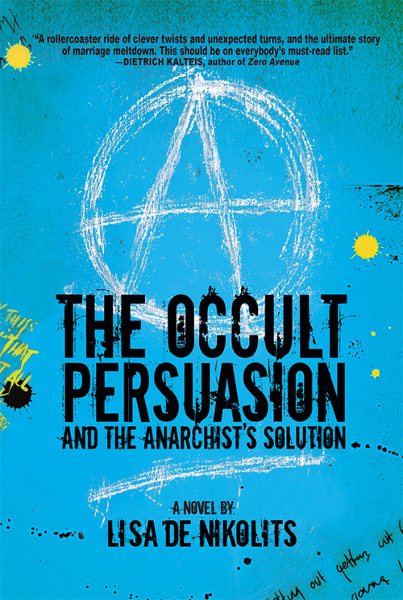 The Occult Persuasion and the Anarchist’s Solution is about a couple experiencing a crisis. The husband, Lyndon, loses his job as editor of a financial magazine. Neither are happy with aging. Lyndon has gotten by with charm and frozen emotions. The wife, Margaux, has no idea how angry she is with him for his detachment. It is her idea to sell the house and just travel. But he is not coping well with retirement, so he simply walks off a ferry in Australia and leaves her. He steals a cat (well, he steals an expensive SUV that happens to have a cat onboard) and he flees Sydney, ending up in Apollo Bay, a few hours south-west of Melbourne, where he falls in with a group of anarchists and punk rockers in a tattoo parlour, planning revolution.
Meanwhile, Margaux sits tight in Sydney with no idea of where her husband might be or what happened. She moves into the red-light Kings Cross area, befriending the owner of the hostel, a seventy-year-old ex-cop drag queen from Saint John, New Brunswick, and waits to hear from her husband.
When she learns that her husband is fine, she is consumed by wrath and she invokes the angry spirit of an evil nurse, a key player in the terrible Chelmsworth sleep therapy in which many patients died (historical fact). While Lyndon gets in touch with his original career ambition to become an artist and wrestles with anarchism versus capitalism, Margaux learns to deal with her rage.
A serio-comedic thriller about a couple who embark on an unintentionally life-changing around-the-world adventure, The Occult Persuasion and the Anarchist’s Solution is about the meaning of life, healing from old wounds, romantic love at all ages, and how love and passion can make a difference, at any age.
**Get
the book for 50% off direct from the author HERE!**
Add to Goodreads
Amazon * Apple * B&N * Kobo 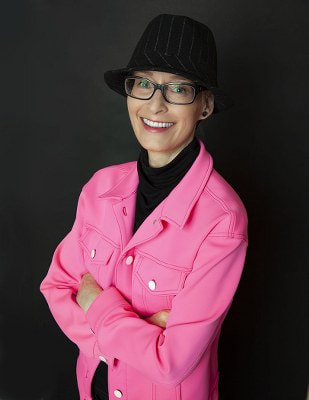 Lisa de Nikolits is the internationally award-winning author of nine novels (all Inanna Publications). No Fury Like That was published in Italian in 2019 by Edizione Le Assassine as Una furia dell’altro mondo. Her short fiction and poetry have also been published in various anthologies and journals internationally. She is a member of the Mesdames of Mayhem, the Crime Writers of Canada, Sisters in Crime, The Australian Crime Writers, The Short Fiction Mystery Association and the International Thriller Writers. Originally from South Africa, Lisa de Nikolits came to Canada in 2000. She lives and writes in Toronto.
Website * Facebook * Twitter * Instagram * Bookbub * Goodreads 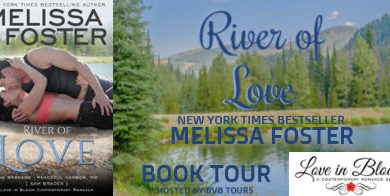 #BlogTour To Heal a Heart by Jana Richards