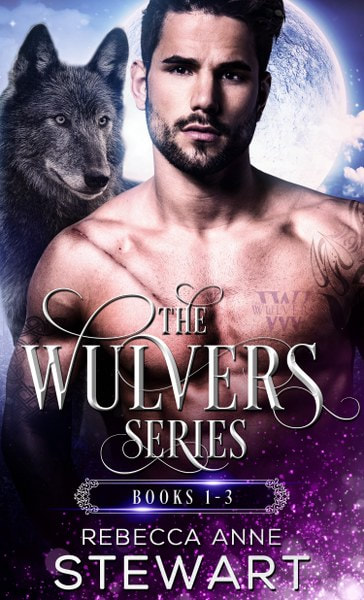 Do you love shifter romances? Then get ready to binge-read the first 3 books in The Wulvers Series by Rebecca Anne Stewart today!
BOOK 1 – WAY OF THE WOLF: ASCENSION
My father is the alpha, a mantle my unborn brother will take one day. But as daughter of the alpha, my role isn’t yet certain.
My heart is set on becoming the beta, I want to show our kind that a female can be just as strong as any other wolf, without needing a mate to protect her.
But when my father is called to help a neighboring pack, suddenly everything changes. I’m thrown into a world of intrigue, deadly plots, and a fight for power.
As a female who never wanted or needed a mate, I now find myself torn between two males. One, the leader. The other, an untamed wolf.
Either way, taking a mate requires submission, and it’s not in my nature to submit. But no matter how hard I try to fight it, it seems my fate has already been decided.
BOOK 2: WAY OF THW WOLF: RETRIBUTION
My father is dead, and my need for vengeance fuels my every decision and every move. I may not have evidence to prove it, but I know who’s responsible and it’s only a matter of time before I bring them down.
Roarke is now more determined than ever to prove his worth—not only as the alpha of our pack, but also as my mate. He made it clear our bond will be sealed on the next full moon, and my growing feelings for him make me realize there’s no fighting fate.
But our pack is in danger, secrets start to surface, and loyalties are questioned. Nobody can be trusted, and it seems our enemies are closer than we thought.
Now that I know my place in this world, there’s nothing I won’t do to keep my position in the pack and protect those who are under my care. Roarke and I might have gotten off to a rocky start, but soon everyone will know that together the alpha and I…
We’re a force to be reckoned with.
BOOK 3 – WAY OF THE WOLF: ENDEAVOUR
With Cathwulf settled by Roarke’s side as Alpha Female, once more, I’m left to uncover my own place within our pack.
Finding love in working beside the pack doctor, I’ve thrown myself into learning from the healers that came before me.
It’s kept me busy, but it’s hard to focus when my eyes are constantly drawn to the male who once fought to be Cathwulf’s mate.
Quillan has an aura that sparks all of my defensive instincts and yet, I can’t seem to stop wanting him to notice me…and I know he’s been keeping close.
The truth behind the reason he follows my every step, however, is far more dangerous than I could ever imagine. A reason that could have all the progress I’ve made crumble, and me right along with it when my past returns to haunt me.
**Only 99 cents until Oct 22!!**
Goodreads * Amazon 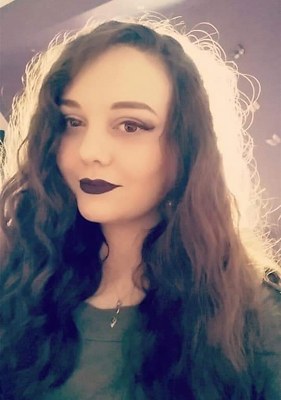 Rebecca is an Author, musician and singer/song writer based in Alyth, Scotland. She focuses her energy on her creative passions and uses her Highland roots to influence all aspects of her life.
Rebecca comes from a family of musicians and spent much of her childhood absorbing the sounds of traditional music while touring Scotland. Rebecca also has a keen interest in her genealogy as she descends from the country’s travelling folk, a culture steeped in history and stories.
A proud Scottish person with a rich family heritage, Rebecca enjoys spending time with her loved ones, travelling her beautiful native homeland and performing with friends.
Website * Facebook * FB Group * Twitter * Instagram * Bookbub * Amazon * Goodreads

#BlogTour THE GIRL THEY TOOK 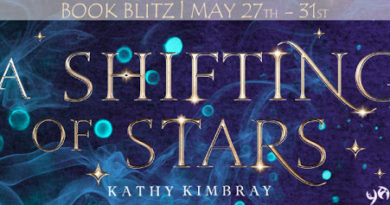 [Tour] Blythe of the Gate by Leah Erickson