When their mothers become matchmakers, entangling them in a series of dates with each other, Karen and Mark must each decide whether to entertain the idea of a “marriage of convenience,” or to hold out for an increasingly unlikely marriage based on love.

Since breaking with her last boyfriend, Karen has refused to trust any man her age. For the past three years, she has not dated the same one twice, and only one in ten has received even a goodnight kiss as she turned him away. Karen is an artist. She follows her feelings, lives in a cluttered loft, and gushes over vivid sunsets.

Mark still dreams about his almost-fiancée, and his date book has been empty since he threw her out a week before he’d planned to ask for her hand. His friends call him the “Ice Man,” since he seldom smiles, especially at a woman. A math professor at the College, logic guides his behavior, he loves order, and an elegant proof is a thing of beauty.

Both Karen and Mark have all but abandoned hope of ever falling in love, and, left on their own, these opposites would never attract. So, their mothers become matchmakers, entangling them in a series of dates by extracting promises that Karen and Mark will go out together three times, suggesting that, in the absence of love, a “marriage of convenience” is a live option.

If you enjoy heartwarming stories based on true-to-life behaviors, with complicated relationships and a less-than-certain outcome, this book is for you.

Available to buy from….
Amazon    Barnes and Noble   Paperback

Two meddling Mothers, three dates and two people who have been burned by love in the past come together in this story that will leave you wondering – Does a marriage need love to work?

I found this story left me with different views on the whole marriage situation, sure I think love should play a big part in it but after reading both Karen and Marks reasons for not falling in love again it made me think that a marriage filled with friendship and happiness is infinitely just as important.

They both agree to go on three dates with each other to hopefully stop their meddling mothers from continually trying to marry them off, there is a lot of miscommunication between Karen and Mark and at times I wanted to knock their heads together, especially Mark for being such stubborn and generally frustrating character!

Just Three Dates is light hearted clean romance that will have you laughing, crying and feeling frustrated at the communication between them, but more importantly leave you questioning if marriage needs love to succeed or if a marriage between friends is enough?

He has photographed subjects as varied as prehistoric ruins on the islands of Scotland, star trails, sea gulls, a Native American powwow, and his grandson, Jack. David and his wife have traveled widely in the United States and the United Kingdom. During one trip to Scotland, they visited Crathes Castle, the ancestral home of the Burnett family near Aberdeen. In The Reunion, Michael’s journey through England and Scotland allows him to sketch many places they have visited. 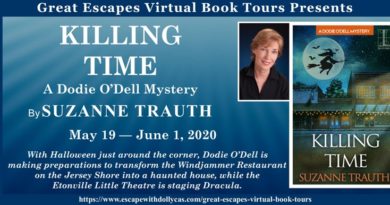 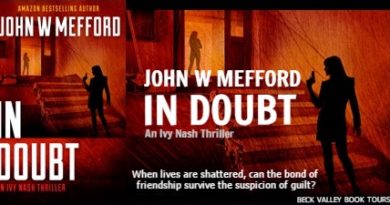