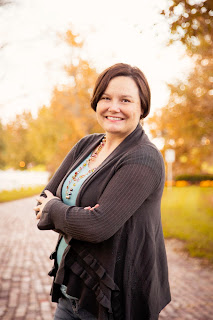 Danyelle
Ferguson discovered her love for the written word in elementary school. Her
first article was published when she was in 6th grade. Since then, she’s won several
awards and has been published world-wide in newspapers, magazines and books.
She’s grateful every day to work in her dream jobs – author, editor, and
nurturing her readaholic tendencies.
She grew up
surrounded by Pennsylvania’s beautiful Allegheny Mountains. Then lived for ten
years among the majestic Wasatch Mountains. She is currently experiencing
mountain-withdrawal while living in Kansas with her husband and four
angels-in-training. She enjoys reading, writing, dancing & singing in the
kitchen, and the occasional long bubble bath to relax from the everyday stress
of being “Mommy.”
Connect with the Author here:
~ Facebook ~ Website ~ Amazon ~
~ Goodreads ~ Twitter ~ 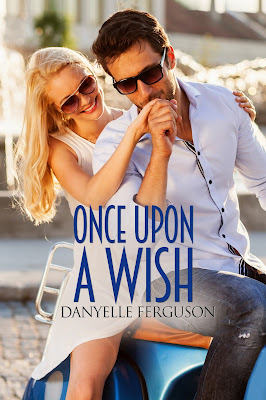 Delphine Baudry
wished to be a best-selling author, and now instead of celebrating and jumping
into her next novel, she’s frozen with fear. What if she turns out to be a
one-hit-wonder? What if all her new fans hate the next book? To top it all off,
she can’t even discuss the situation with her favorite brainstorming partner,
her mother, who is losing her memory to Alzheimer’s. Taking a cue from some
teens tossing Euros into a fountain, Delphine gives into some whimsy and wishes
for her next book plot.
Jean-Paul
Chassériau wished to start an online marketing company in La Rochelle. Now the
real work begins. Feeling pressure to live up to his father’s name in
traditional marketing and far enough away to be out of his shadow, he has a
million ideas but no clients. When he finds a funky old Franc lodged between
cobblestones near a fountain, there was only one thing to do. Make a wish.
When their coins
collide, Delphine and Jean-Paul’s wishes become intertwined, changing the
course of their futures and teaching them that wishes are sometimes fulfilled
in unexpected ways.”

Snippets:
“So, did I ruin
your wish?” Delphine asked.
Jean-Paul smiled.
She liked to jump right to the point, no tiptoeing around. “No, not at all.
I’ve never seen two coins collide like that.”
“Ah, but just
because you haven’t seen it, doesn’t mean it hasn’t happened. Statistically,
anyway,” Delphine said, picking up the cup and saucer.
“I’m willing to
admit the probability is non-zero, but I can’t imagine it would be very high,”
Jean-Paul shot back, interested to see her response to his geeky comment.
“Tell me,”
Delphine said, leaning forward, intrigue glinting in her eyes. “How many coins
have you seen thrown into that fountain?”
He folded his arms
and brought up one finger to tap his chin, going for a deep-in-thought pose.
“You’re right. Maybe we should perform an experiment. How about we meet here
again on Thursday?”
His pulse sped up,
wondering if she’d accept his invitation.

#BlogTour THE MERCULIANS by Caro Soles