Lion’s Need
Anya Richards
Genre: MM Historical / Fantasy / Mythology / Shifter
Release Date: 12/10/2014
Word Count 29,500
Heat Index: Scorching
Freed by his master, running for his life toward a new beginning, Androcles takes refuge from a wolf pack in a cave, not realizing it is already occupied…by a wounded lion. While self-preservation tells him to flee, the majestic animal’s pain makes him hesitate, and when the beast transforms into an equally magnificent man, Androcles knows he has to render aid.
Thus begins a new adventure for the man seeking only autonomy and a place of his own in the world. In Okyin Androcles sees everything he is running from—a man-beast who could, with passion and his commanding presence, easily enslave another. A masterful lover able to seduce Androcles into wanting whatever he can get, even into wanting what he cannot have—or should not even desire. A superior being who causes the lines between freedom and slavery to blur, and causes a true crisis to an already damaged spirit.
Unable to believe in the peace and sanctuary Okyin offers, Androcles knows he has no choice but to once more flee. For personal liberty is more important than physical need, and the desire to be accepted as an equal overrides all passion. Even if when running away he leaves his heart behind.
About the Author
After living a checkered past, and despite an avowed disinterest in domesticity, multi-published erotic romance author Anya Richards settled in Ontario, Canada, with husband, kids, an adorable pup and two cats that plots world domination, one food bowl at a time. Her slightly darker alter-ego, Anya Delvay, emerges occasionally to write erotica.

Interested in all things historical and hysterical, Anya describes herself as intensely curious, (although the word ‘nosy’ has been bandied about) and a life-long people-watcher. Using what she’s discovered about people, places and various weird and wonderful things, Anya has written contemporary, historical and paranormal/fantasy romance novels, novellas and short stories for Samhain Publishing, Ellora’s Cave, Cleis Press and Spice Briefs. 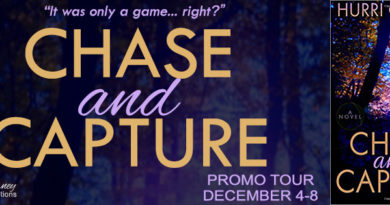