Thanks to a philandering father, ad exec Emily Rodgers knows happily ever after doesn’t exist. Relying on a man only leads to heartache. She takes care of herself, and work defines her life. But Emily soon finds herself in the hands of a real-life prince who defines the words charming and sexy. Not to mention reckless. If Prince Lucas doesn’t find a royal bride, Emily’s dream of being named a partner at the advertising firm will die.

Luc’s fun-loving ways have made him a magnet for scandal. His father gives Luc an ultimatum—find a wife on a reality TV show or be disowned. Rules require him to marry nobility, but after he meets the uptight American sent to find him find a princess bride, his search for Cinderella might be over. Too bad Emily wants nothing to do with him. Perhaps he can show her that fairytale endings can happen in real life…

I loved this book! Fairy tale for grown ups. Emily is desperate for her promotion that she has agreed to do damage control for a failing bachelor tv show involving a prince. Prince Luc is branded as the wild child of the royal family, and has been given an ultimatum by his father to change his ways and find a wife.

The chemistry between Emily and Luc is undeniable, and Emily is trying to fight it as no way a prince would interested in a commoner like her.

She helps with his show and gets him a wife, but it clear she loves him. Does he forego his title for her? Do they get their happy ever after? You will need to read to find out, but I loved this and was a great wee Sunday romance read.

Her Secret Prince
by Madeline Ash

At sixteen, Dee Johnson gambled her heart on her best friend Jed Brown – and lost when he disappeared without a trace.
Ten years on, Dee’s life is uprooted when Jed turns up on her doorstep, asking for her help.
Dee has been left behind by everyone she’s loved: her parents, her close friend Alexia, and a stream of lovers. She moves fast with men and suspects this is why they move on fast. Now that’s Jed’s back in her life, she’s taking no chances. Despite the attraction ripping at her seams, she holds back, knowing she wouldn’t recover from being loved and left by him a second time.
A constant traveler, Jed has only felt at home once in his life – with Dee. Now that he’s found her again, he’s determined to make up for lost time. He’ll never leave her again.
Until an unexpectedly royal revelation threatens to strip Jed of his freedom and future – including his place by Dee’s side.

This is boo 2 in the Royal Holiday series and whilst written by a different author I didnt feel this story as much I did the first book.

I am still giving it 4 stars though, as although most of the romance happens pretty much towards the end, it is a great book of lost love and being reunited with your true love.

Dee and Jed were outcasts at school so instantly bonded, and when Dee gives him her all one then, then lose him due to his mother uprooting him that very same night, it is safe to say that she has kinda pined for him for 10 years.

When he turns up out the blue I felt the whole love happen to quick for the way the story was playing out and felt Dee was a little to quick to jump head first into it – though that was apparently a trait she has with guys.

However after discovering who his real father is Jed needs to decide to become a prince or similar to book one give up his title to be with a commoner.

Brenna Tinley has decided to move to the Unified Isles of Cornetta, a fairy-tale kingdom just south of France in the Bay of Biscay, to escape the recent tragedies in her personal life. The happiest summer she can remember was spent there, in the arms of a handsome, tender rascal who disappeared without a goodbye when Autumn came…
As fate would have it, the Royal House of Vicenza has engaged Brenna Tinley to clear up a public relations mess. It’s the opportunity of a lifetime for this small-town American girl, but there’s only one problem. Her new employer, HRH Prince Ronan, aka her mystery summer lover of long ago, seems determined to pick up where they left off. Can Brenna work in the royal palace and not end up with a brand new broken heart?
His Forbidden Princess
by Jeannie Moon
Genre: Contemporary Romance

Eight years ago, university student Ian Stuart fell in love with his sweet, beautiful classmate and he’s never forgotten her. Sofie loved Ian with all her heart in return, but she didn’t trust him with one little detail about her life she’d neglected to share.
She was a princess, and they could never be together in the outside world.
Now Crown Princess Sofia is in danger. An insurgent faction in her country has targeted the royal family, and while Sofia is visiting the United States, she is forced to go into hiding. Assigned to protect her is none other than FBI Special Agent Ian Stuart.

Once again Ian and Sofie are in an impossible situation, fighting their feelings for one another, while trying to stay safe. Will their love for each other prove to be the most dangerous game of all?

Melissa McClone has published over thirty novels with Harlequin and Tule Publishing Group. She has also been nominated for Romance Writers of America’s RITA® award. She lives in the Pacific Northwest with her husband, three school-aged children, two spoiled Norwegian Elkhounds and cats who think they rule the house.
Author Media Links:
Goodreads: https://www.goodreads.com/author/show/292027.Melissa_McClone

Madeline has always lived in Melbourne. She is emotionally allergic to spontaneity, and yet doesn’t mind the weather that drags her into rain when she’s planned for sunshine. She likes to call this her wild side.

She’s a Virgo, vegetarian, and once had a romantic suspense-style dream in which the hero was a shredded lettuce sandwich and the villain was a cherry tomato. The tomato got away. She took the dream as a sign that she’d better stick to writing contemporary romance.
Her stories have spunky heroines, strong heroes, and as much dialogue as she can cram in. As for why she writes romance, she’s in a long-term relationship with the genre and writing such stories makes it happy.
Author media links:
Website – madelineash.net 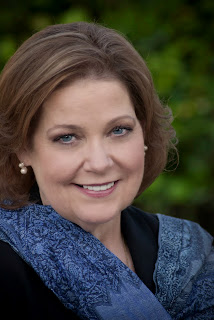 After a short career as a feature writer and TV critic, Kathleen O’Brien turned to writing romance, and the job fit so well she never looked back. Now she’s published more than forty titles, is a five-time finalist for the Romance Writers of America’s RITA award, and holds an MFA in Writing Popular Fiction from Seton Hill University. She lives near Orlando with her former-journalist husband, just down the road from their two grown children and, of course, the ever-famous Mouse.

Jeannie Moon has always been a romantic. When she’s not spinning tales of her own, Jeannie works as a school librarian, thankful she has a job that allows her to immerse herself in books and call it work. Married to her high school sweetheart, Jeannie has three kids, three lovable dogs and a mischievous cat and lives in her hometown on Long Island, NY. If she’s more than ten miles away from salt water for any longer than a week, she gets twitchy.
Author Media Links:
Website: https://jeanniemoon.com/