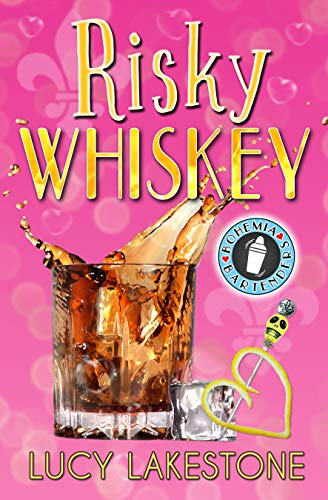 Stirring up trouble in New Orleans …

Eager to shake up her drinks and her life, mixologist Pepper Revelle jumps at an invitation to join the elite Bohemia Bartenders. Leader Neil thinks she’ll be the perfect advance gal for his team at a colorful cocktail convention in her hometown of New Orleans, but the job turns out to be more bananas than a drunk monkey. Setting up the key tasting for their distiller client, she and Neil discover their whiskey has gone dangerously bad. But how? And was this shocking poisoning more than an accident?

As Pepper and Neil try to figure out what happened, keep the drinks flowing and help distiller Dash Reynolds survive the weekend, they find themselves the target of increasingly scary attacks. Maybe it’s the danger, or maybe it’s the drinks, but Pepper also can’t help an inconvenient attraction to cocktail nerd Neil as they stir up trouble and try to figure out who’s out to get them — before they’re sliced and squeezed like a lemon twist in a Sazerac.

Risky Whiskey is the first book in the Bohemia Bartenders Mysteries, funny whodunits with a dash of romance set in a convivial collective of cocktail lovers, eccentrics and mixologists. These cozy culinary comedies contain a hint of heat, a splash of cursing and shots of laughter, served over hand-carved ice.

This Whiskey isn’t just sour it can be deadly!

Mixologist Pepper Revelle has joined the elite Bohemia Bartenders and her first ‘gig’ is in her home or New Orleans for a big convention called Cocktalia. They are there to assist their client Dash present his company’s whiskey. But things start to go sour before the convention has even begun when Pepper finds Bernie, Dash’s friend unresponsive on his bedroom floor with a empty bottle of whiskey next to him, and soon more things happen to Dash – he gets shot at, at one point!

Who is targering Dash’s company and why? That is what Pepper intends to find out but she also encounters some threats of her own when she is warned to stop investigation what is going on. That just spurs her on even more to get to the bottom of it all!

I really enjoyed this book and think this will be a great series and I am eager to read the next book in the series. 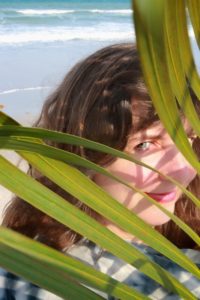 Lucy Lakestone is an award-winning author who lives on Florida’s east central coast, among the towns that serve as an inspiration for the hot romances of her Bohemia Beach Series and the jumping-off point for the Bohemia Bartenders Mysteries. She’s been a journalist, photographer, editor and video producer but prefers living in her imagination, where the moon is full and the cocktails are divine. Learn more at LucyLakestone.com.

[Tour] The Hotter They Come by Roxanne D. Howard

#BlogTour A Pride of Brothers: Rick by Peggy Jaeger