A little boy makes his first kill—and he likes it. He is cunning, charming, and without remorse.

He is a sociopath.

As boy turns to man, what lies inside takes root. He will make a mark on Boston unlike any other, and FBI Special Agent Alex Troutt must figure out how to stop him.

But when she and her close-knit team move in closer, the stakes become much higher as the case takes on a more personal tone. It’s a frantic race to stop a manipulative killer before his web of deceit and destruction escalates into a blood bath of haunting proportions.

“Alex Troutt is quickly becoming one of my favorite fictional characters. I love how she’s constantly having to balance her family life and her job, even though her job is continually threatening to take over.” – Sonya N

“I simply love every single one of John Mefford’s novels. They keep you on the edge of your seat reading late into the night.” – Michele B

“Intrigue and attempts at revenge for long held grudges – the twists and turns keeps your adrenalin pumping.” – Tracy C

FREE for a limited time!

AT Dusk is book 5 in the series and yes I would advise reading the previous one to get a feel for Alex and how much she has grown as a character throughout the books.

Alex and her team are after a serial killer in this story and this is the darkest one yet in the series, it will grip you and have you on the edge of your seat. Especially when it gets too close to home for Alex and her daughter. This is a dark and graphic read and her and her team do everything in their power to catch the killer but do they have their sights sets on the wrong guy?

Could this be the best the series so far? I have loved every book so far and love how Alex is growing as a character despite everything that has happened and now with her love interest in Brad, her work colleague, I see that going from strength to strength  – I hope anyway!

She is a bad ass character, FBI agents, single mother and widow, and my new current favourite female character series.

Loved it and cant wait for the next book! 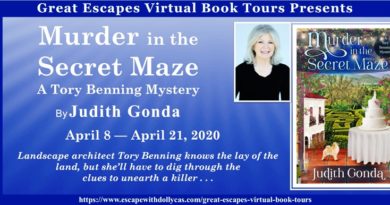 One thought on “[Review] AT Dusk (An Alex Troutt Thriller, Book 5) by John W Mefford”