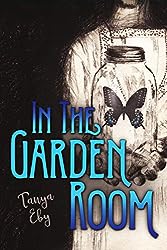 In the Garden Room
By Tanya Eby

It is Chicago. 1910. Eleven-year-old Lillian March looks over her mother’s dead body with a sense of relief.

As a poor woman, her mother, Cora, never had any real choices or happiness with her life. Cora and Lillian flee to the bustling city of Chicago, where she is certain she will have the life of opulence she deserves.

Cora and Lillian face deep hardships in turn-of-the-century Chicago as Cora’s mind continues its downward spiral. With no money and no hope for income, Cora sells Lillian to The Garden Room, a brothel, where young girls and desperate women are kept like flowers in a jar.

John March comes looking for his daughter and his wife in an attempt to rescue them, but even if he finds them alive, is rescue really possible?

IN THE GARDEN ROOM is an exploration of madness, desire and two women’s choices in a time when they weren’t really allowed to choose.

In the Garden Room is set in Chicago around 1910 and Eby has done a great job as describing that era and making the sights, and smells vivid in your imagination.

It is a gritty book and you are sucked into Cora and Lillian’s world. Cora as a character I hated, she was self centred and thought of nothing but herself throughout the book and what she did to her daughter…  Poor Lillian, she was eleven years old when Cora drags her to Chicago with not a penny to their name, where Cora hoped to reunite with a man she met at the country fair. Only when she does meet him all is not what she expected and she and Lillian end up living in a slum.

She forces Lillian to get a job so she could be with Zeke, but he had other plans for Lillian.

This was a good book and very descriptive of a era long forgotten, yet also at the same turn certain aspects still happen today.

Tanya Eby is a writer and an award-winning audiobook narrator. She has published a variety of novels from romantic comedies to mysteries to dark historical pieces. While her writing crosses genres they all share quirky characters and complicated relationships. Visit her at tanyaeby.com or follow her on Twitter @Blunder_Woman. 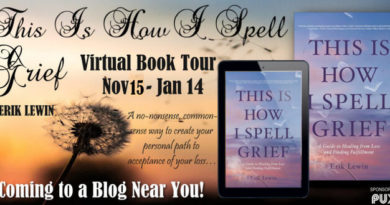 #review This is How I Spell Grief By Erik Lewin