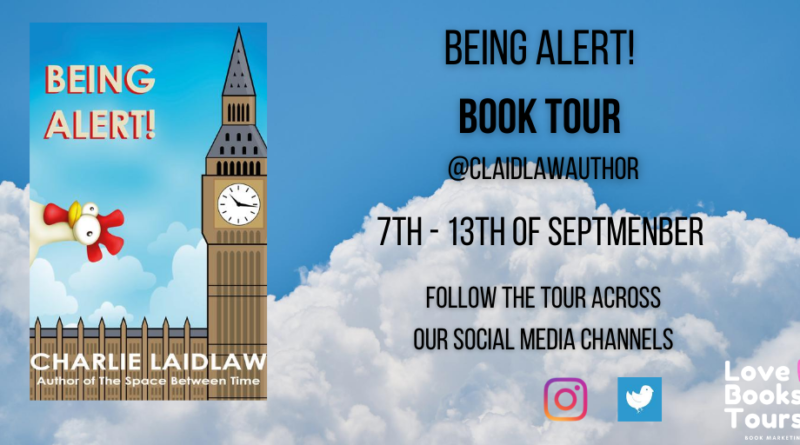 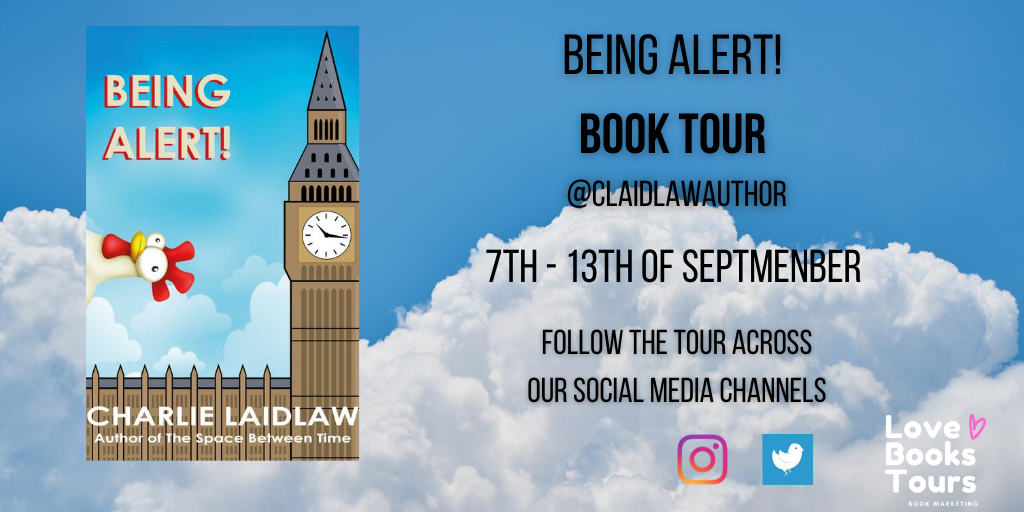 Being Alert!
by Charlie Laidlaw

Being Alert! begins in January 2020 as the British prime minister, Winston Spragg, first learns about a new illness that seems to be centred in a city in China that nobody has heard of.

Following in a long tradition of British satire, the book populates Downing Street and Whitehall with an inept prime minister presiding over a dysfunctional government as it deals with an existential threat that rapidly becomes a national crisis.

Like satires before it, the book uses humour to paint an uncomfortable picture of a government seemingly as concerned about justifying itself as working to protect the country.

Being Alert is British Satire at its best! Set in January 2020 at the start of this current COVID-19 pandemic you can actually envision our chump of a prime minister being exactly as how Laidlaw portrays Winston Spragg in this book.

This is one of those book that although you might laugh at you also at the same time can believe that this how the government has been dealing with the situation behind the scenes. I am not one to read political satire but really enjoyed this. 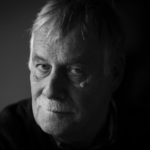 I’m the author of two novels, The Things We Learn When We’re Dead and The Space Between Time (due for publication in June 2019). A third novel, Love Potions and Other Calamities, is due to be published in November 2019 (all published by Accent Press).

I was born and brought up in the west of Scotland and graduated from the University of Edinburgh. I still have the scroll, but it’s in Latin, so it could say anything.

I then worked briefly as a street actor, baby photographer, puppeteer and restaurant dogsbody before becoming a journalist. I started in Glasgow and ended up in London, covering news, features and politics. I interviewed motorbike ace Barry Sheene, Noel Edmonds threatened me with legal action and, because of a bureaucratic muddle, I was ordered out of Greece.

I then took a year to travel around the world, visiting 19 countries. Highlights included being threatened by a man with a gun in Dubai, being given an armed bodyguard by the PLO in Beirut (not the same person with a gun), and visiting Robert Louis Stevenson’s grave in Samoa. What I did for the rest of the year I can’t quite remember.

Surprisingly, I was approached by a government agency to work in intelligence, which just shows how shoddy government recruitment was back then. However, it turned out to be very boring and I don’t like vodka martini.

Craving excitement and adventure, I ended up as a PR consultant, which is the fate of all journalists who haven’t won a Pulitzer Prize.

I’m also married with two grown-up children and live in East Lothian. And that’s about it. 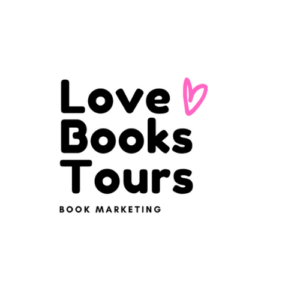 #BlogTour THE AWAKENING OF ARTEMIS

[Monster Mash] Beauty and the Horseman’s Head by Holly Kelly