Is taking a chance with your heart worth the escape, or was it better to have never loved at all? Can forgiveness really set you free?

After the unexpected death of her Dad, and the haunting manner in which he died, Riley Shaw built invisible walls around her heart. Barriers she created to protect her from splintering into broken pieces that couldn’t be repaired. She was unable to move forward from her past, letting the guilt of her parent’s mistakes dictate her own choices.

Dean Warren was safe. Being with him was innocent and peaceful because she didn’t truly love him. His words held her captive in a false sense of security. His eyes were deceptive, and his promises of never pushing her beyond what she was willing to give were broken, leaving Riley in a state of regret and doubt.

Joshua Parker had the power to take what was left of Riley’s splintered pieces and ruin her completely, or make her whole again. He was her best friend, her next-door neighbor—everything she wanted and settled on never having. Loving him was as easy as breathing air. The fear of losing him forever was more real to her than the feelings she couldn’t escape.

When faced with the very thing she feared the most, and in the arms she thought were safe, Riley finds herself questioning every decision she has made over the past two years. When she finally escapes the doubt in her head, and accepts the truth in her heart, is it too late?

“I'm so close to the edge of the cliff that I know one more breath, one more inch, I could fall.” -Riley Shaw

Not recommended for anyone under the age of 17 due to underage drinking, sexual content and adult language.

***Warning*** This is book one in a series and is not a stand-alone novel.

This is one of this frustrating-pull-your-hair-out kind of book, but in a GREAT WAY.

I thoroughly loved this book, I loved the story, I loved the characters and cant wait to see what the other books in the series hold for Riley and Josh.

For Riley this story is a coming of age story as well as a love story. She and Josh grew up together living next door to each other, and from the moment Josh met her she captured his heart. The same went for Riley.

After a tragedy involving her dad and Josh’s mother Riley decided that she couldn’t have him. Both of them were as bad as each other and yes there were cries of frustration on my part quite a lot of time – she loved him but wouldn’t tell him, and he loved her but wouldn’t tell her! If only they communicated it would have saved a lot of misunderstandings 🙂

This story transports you back to teenage love, friendship and high school drama. The characters are well written, developed and you will love and hate some – Preslee for one, oh my god that girl did my head in causing trouble.

A brilliant read for the start of a series, can’t wait to read book 2! 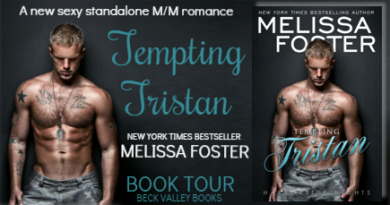