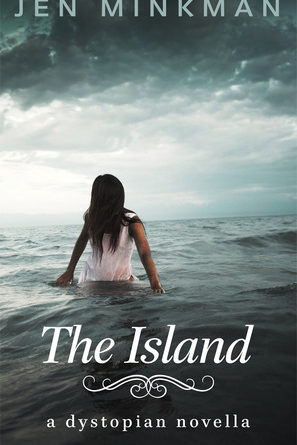 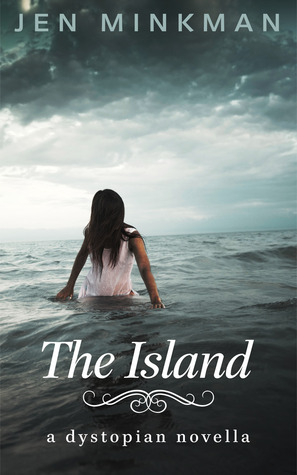 The Island
The Island 1
Jen Minkman

Our world is small. We are on our own, and we only have ourselves to depend on. We rely on the Force deep within us, as taught to us by our forefathers.

If I were to walk westward from here, I would come across a barrier – the Wall.
Behind it, there are Fools. At least, that’s what everyone says.
I have never seen one.’

Leia lives on the Island, a world in which children leave their parents to take care of themselves when they are ten years old. Across this Island runs a wall that no one has ever crossed. The Fools living behind it are not amenable to reason – they believe in illusions. That’s what The Book says, the only thing left to the Eastern Islanders by their ancestors.
But when a strange man washes ashore and Leia meets a Fool face to face, her life will never be the same. Is what she and her friends believe about the Island really true?

Or is everyone in their world, in fact, a Fool?

The Island
by Jen Minkman

This was a strange read, and it had a lot of star wars references – I didn’t realise it was a fan fic? I am not a lover of star wars to begin with, and think this could have been a much better story without the references to it, the fact they call their book that is kinda like the bible – the Star Wars Notebook was laughable!

Ok that aside, this has obviously underwent a lot of editing and changes from the reviews I have read compared to what I have actually read, which is for the better had I read what others had reviewed this would have probably gotten a 1 star.

Leia and her twin brother Colin upon reaching the age of 10 are forced to leave home and move into a mansion on the island where they are to stay and take care of themselves until they find someone to marry from the mansion – weird or what?
The island has a huge wall running across it that no one ever crosses, but when she encounters a boy named Walt who is from across the wall she begins to question everything.

I loved the premise of this book, but like I say lose the star war references and I think it would be even better. However, I probably wont continue with the story due to that fact, had there been anything in the book blurb relating or mentioning that this is some kind of Star War fic I would not have read it – I think the author should consider updating the blurb to reflect this.

[Blog Tour & Review] The Hearts of Dragons by Josh VanBrakle

One thought on “[Review] The Island by Jen Minkman”