The Space Between: The Prophesy of Faeries
by Susan Rooke

Mellis, a courageous and resourceful young woman, is kidnapped from the human world and taken to the Space Between by a tribe of faeries called the Penitents. Because of guilt over an ancient sin committed by their angel ancestors against the Maker, the Penitents have cursed themselves with grotesque physical disfigurements. Mellis can help them reunite with the Maker and find their way back to redemption, but she would need to give up the life she’s always known to remain in the Space Between.

As she struggles with this heart-wrenching decision, one of the Penitents, bent on revenge, commits a gruesome attack against the tribe, and they learn he has taken Satan–the Maker’s greatest enemy–as his ally. All in the Space Between are facing grave danger. Will a long-awaited act of vengeance save them?

Susan Rooke builds a rich and fantastical world of angels and demons, monsters, faeries and dragons. Abounding with spirituality and humanity, this faery tale for adults has a cast of vivid characters you won’t soon forget.

Mellis and her dog are kidnapped and when she wakes up it is like she has banged her head and ended up in Wonderland, that is the only way I can describe it! She has no idea where she is or why her kidnappers are so weirdly deformed or for how long she has been taken away from her home. Once she finally comes to and the brain fog clears she is told that she in The Space Between, a place that is between her world and heaven/hell.

Soon she meets a whole host of of unusual looking beings, and talking animals. She learns from a cat named Kindle of the real reason she was taken to this place, the tragic story of the inhabitants – fallen angels who became faeries and in turn cursed themselves after their fall from grace, only to believe that a prophecy will make them whole again and get back in with the maker. A prophecy that involves Mellis. We soon discover more or the reasons why they have chosen to be deformed, how they hope to fulfil the prophecy.

The world building and story were just brilliant and the imagery that Rooke conj-ours up left me feeling I was right there along with Mellis. I loved how between each chapter there were an interstice chapter – “a space between” which focuses on the Son of the Morning who we later learn is Satan.

This was a really good fantasy, but when I first started reading this I am going to 100% honest, I was completely lost! I had no idea what was going on or why and only because I was so intrigued did it make me continue, and for that I am glad that I did, as I can not wait for the next book!

** I received this book to review through iRead Book Tours, I have volunteered to share my review and all the opinions are 100% my own **

Susan Rooke is a Pushcart-nominated poet and author of the forthcoming The Space Between Series. Her short stories and poems have appeared in publications such as The Christian Science Monitor and The Twilight Zone Magazine, among many others. She resides on a square of green, peaceful country not far from Austin, Texas, with her husband Glen, who runs a small cattle operation while Rooke writes fiction about angels and demons, monsters, faeries and dragons. Look for her fantasy novel, The Space Between: The Prophecy of Faeries on Amazon.Connect with the Author: Website ~ Twitter ~ facebook
Enter the Giveaway!
Ends Nov 25

#BlogTour THE BEAST WITHIN by Nina Soden 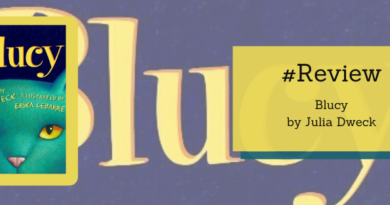 2 thoughts on “[Review] The Space Between by Susan Rooke @iReadBookTours”