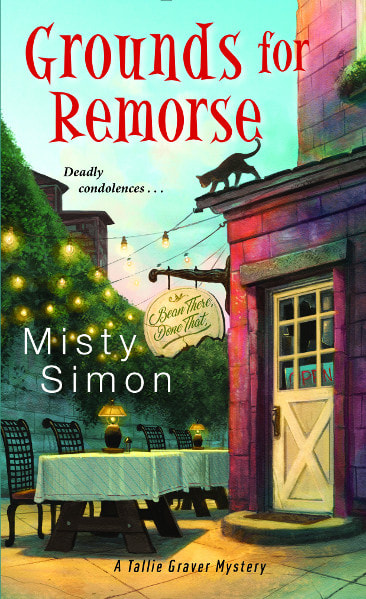 No more cheating . . .
Best friends Tallie Graver and Gina Laudermilch both seem to spend a lot
of time around urns. For Tallie, they’re part and parcel of the
family business, Graver’s Funeral Home. Even though she’s traded
ashes for dusting with her own cleaning business, she still works
part-time for her folks and lives above the funeral parlor. For Gina,
they’re the vessels that con-tain her heavenly brew at her coffee
shop, Bean There, Done That. And both women are learning that owning
a business can make finding time for romance challenging.
But when Gina’s new beau turns out to have a wife, who barges into the
coffee shop to take him home, she can’t contain her bitterness and
loudly threatens to poison his cup or boil him in a vat of coffee. So
when Mr. Wrong turns up dead at the bottom of a staircase inside
Gina’s locked home, she finds herself at the top of the police’s
suspect list. Tallie needs to sweep in to save her friend. But she’ll
need to watch her step, or she may go from being a funeral home
employee to becoming their next client . . .
Add to Goodreads
Amazon * Apple * B&N * Google * Kobo 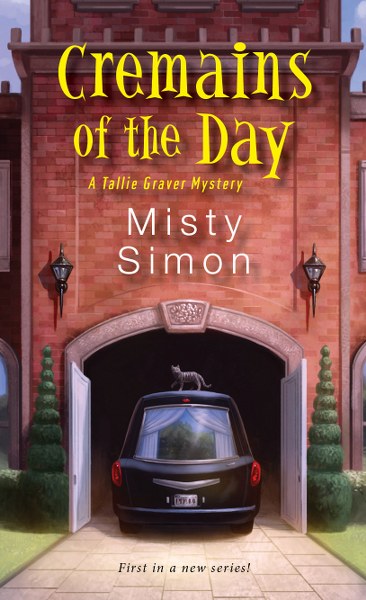 Cremains of the Day
A Tallie Graver Mystery #1

There’s no reverse on the hearse . . .
For Tallulah Graver, marrying wealthy Waldo Phillips seemed like the best
way out of the family business, the Graver Funeral Home. But when her
marriage falls apart and Tallie is left with next to nothing, she
turns to cleaning houses to make ends meet. As humbling as it is to
tidy the mansions of the snobby socialites she used to call friends,
at least she doesn’t have to be around dead bodies. Until . . .
She discovers one of her employers lying in a closet with a knife
sticking out of her chest. This unpleasant shock seems to be part of
a web of weird experiences: Tallie’s friend Gina’s shop is broken
into, her ex is stun-gunned where it hurts the most, and now she’s
receiving flowers from the dead woman. Granted the deliveryman is
handsome, but seriously, that’s enough to cast a pall over anyone’s
day. Now Tallie needs to dig deep to clean up this mess—before she
finds herself in a grave situation.
“You’ll be cheering as the clues pileup in this creative cozy mystery.”
—New York Times bestselling author Lynn Cahoon
Add to Goodreads
Amazon * Apple * B&N * Google * Kobo 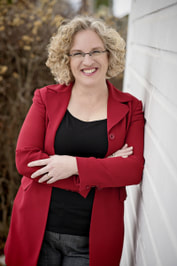 Misty Simon is the author of Cremains of the Day and Grounds
for Remorse in the Tallie Graver Mystery series. She loves a
good story and decided one day that she would try her hand at it.
Eventually she got it right. There’s nothing better in the world
than making someone laugh, and she hopes everyone at least snickers
in the right places when reading her books. She lives with her
husband, daughter and three insane dogs in Central Pennsylvania where
she is hard at work on her next novel or three.
Website * Facebook * Twitter * Amazon * Goodreads

#BlogTour The Way Over the Hill Gang Series by M.K. Scott